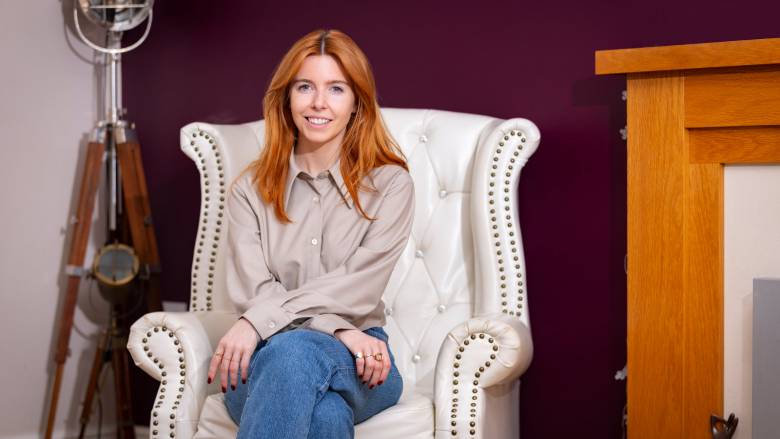 Award-winning documentary maker, Stacey Dooley MBE, is set to take her hit W show overseas, in the brand-new three-part series Stacey Dooley Sleeps Over USA (3×60′). The UKTV Original series is produced by Firecracker Films and will air later this year.

Off the back of a recent third series of the popular W show, Stacey Dooley will be meeting a variety of extraordinary families in the USA and will be lifting the lid on more fascinating and unusual lifestyles. Further information on the families and locations that Stacey is visiting will be revealed in the coming months, with filming due to start in the summer.

Stacey Dooley Sleeps Over USA is commissioned for UKTV by Hilary Rosen, head of factual and factual entertainment, and ordered by Adam Collings, channel director for W. Steve North is genre general manager for comedy and entertainment and Richard Watsham is director of commissioning. Jes Wilkins is chief creative officer for Firecracker and the series will be exec produced by Emile Nawagamuwa, commissioning executive, for UKTV and Alice Bowden for Firecracker. Stacey Dooley Sleeps Over USA will also be distributed by Passion Distribution.

This series has gone from strength to strength and taking it abroad is an exciting departure. Heading to the USA will deliver fresh encounters for Stacey, and a compelling new series of this much loved brand for the W audience.

I’m delighted we’re sleeping over once again in this brilliant new series with Stacey and can’t wait to watch her inimitable approach, which is further from home than usual. It’s also been great seeing the new free to air audience finding and loving the series, so we excited to bring the next instalment later this year.

We’re really excited to be taking Stacey’s Sleep Overs to the USA. The intimacy that these weekends afford will allow Stacey to tell stories of modern American family life and to tackle their issues, in a fresh and unexpected manner.

Stacey Dooley Sleeps Over USA will air on W later this year. All episodes from previous series are available on UKTV Play.