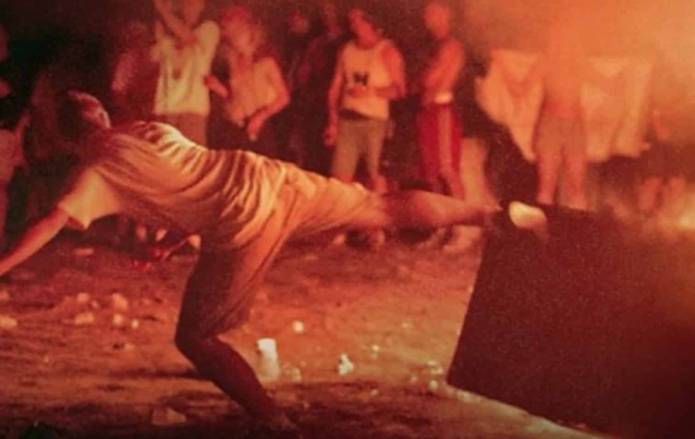 How did an iconic celebration of harmony descend into mayhem?

Woodstock 99: Peace, Love, and Rage tells the story of Woodstock ‘99, a music festival promoted to echo unity and counterculture idealism of the original 1969 concert, but instead devolved into riots, looting, and sexual assaults.

Unfolding over three days of intense heat and non-stop performances, Woodstock 99: Peace, Love, and Rage examines how the festival eventually collapsed under the weight of its own misguided ambition and resulted in a grim outcome, earning the event the infamous distinction of “the day the nineties died.”

The documentary focuses a spotlight on American youth at the end of the millennium, pinpointing a moment in time when the angst of a generation galvanised into a seismic cultural shift.

Set to a soundtrack of the era’s most aggressive rock bands, the film also reappraises the 1960s mythos, revealing hard truths about the dangers of rose-tinted nostalgia in the age of commercialism and bottom-line profits.

WOODSTOCK 99: Peace, Love, and Rage is now streaming on Binge