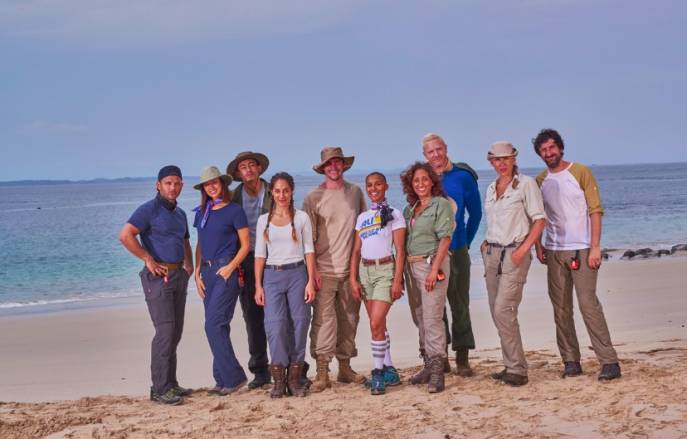 In a brand new series of Celebrity Island with Bear Grylls, 10 brave celebrities endure four weeks surviving in one of the toughest environments on earth. All they will have are the clothes on their back, basic tools, medical supplies, 24 hours of water and each other. The aim of the game is simple – survive.

Finding water and making fire to purify it are an urgent priority in the sweltering tropical heat. When Iwan, Ryan and Jordan search for water they get lost in the jungle and Ryan is attacked by a swarm of bees. With the ‘alpha males’ out of action, the women – led by Shazia and Melody – take up the quest and manage to find a water source. But without fire to purify it, the celebs become dangerously dehydrated. Eventually, a torrential downpour saves their skin and Iwan’s leadership. However, against the advice of RJ, Iwan decides to build shelter rather than concentrate on fire.

As dusk falls an infestation of termites forces them to abandon camp and the celebs are lashed by a tropical storm. Without fire, shelter or anything to eat, the celebs start to question their ability to survive and Iwan’s failed leadership.