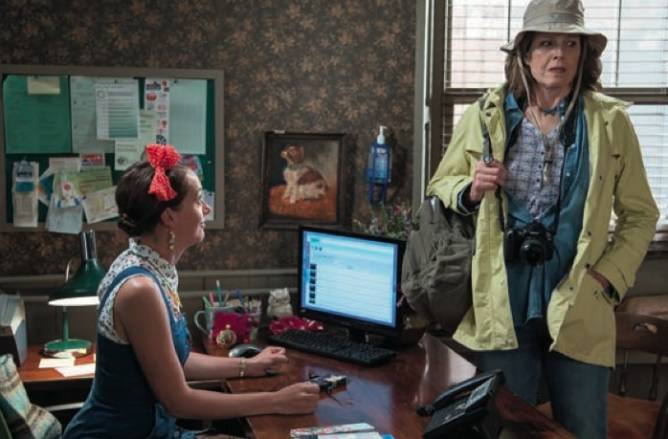 The 8th season of Doc Martin concludes with episode 8 All My Trials, airing on Wednesday 8 November at 9.00pm. Along with Martin Clunes the series also stars Caroline Catz as Martin’s wife Louisa, this episode marks the return to the series of Oscar-nominated actor Sigourney Weaver.

After Alice’s complaint, Martin has to attend a medical board hearing. With the inquiry imminent, Martin has taken Chris Parsons’s (Vincent Franklin) advice and stopped practicing medicine. However, this does not stop Portwenn’s residents from asking his advice.

When local potter Bill (Tom Mothersdale) thinks he has a ganglion, Martin sends him to an alternative surgery. But Bill decides he has too much work on, and does not go. Penhale (John Marquez) has commissioned a bust of himself from Bill to recognise his own contribution to the community. American tourist Beth (Weaver) has returned to do more research into her family tree, and she also has a medical issue she wishes to talk to Martin about. The day of Martin’s hearing arrives, but an emergency strikes that might jeopardise both the meeting and Martin’s career.