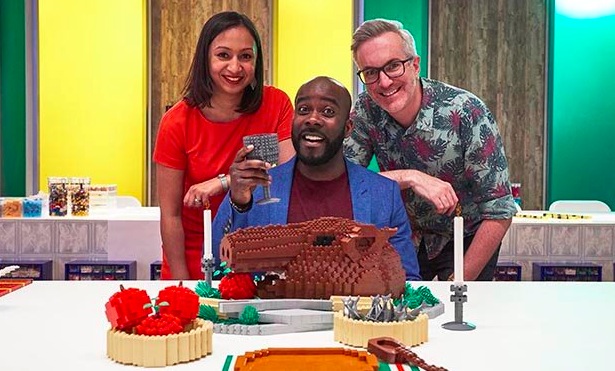 The search for the UK and Ireland’s most talented Lego builders continues with the third episode of this entertaining new series. Nature is the theme this time as the remaining five teams take their construction skills into the great outdoors. The challenge is to create and install a spectacular brick display for a nature walk that will be transported to a woodland in Essex.

From plants, animals and insects to mythical creatures, the teams can create whatever they want, but it must be full of character, wow the judges, and fit seamlessly into the environment. So how do you integrate a Madagascan crocodile into the Essex countryside? And there’s a frantic hunt on for a missing chrysalis.

There’s also a quick-fire round to make as many miniature insects, birds and wild animals in 45 minutes, using no more than 15 bricks. Joining The Lego Group’s Matthew Ashton as guest judges is one of the world’s leading brick animal artists Sean Kenney, and comedian Bill Bailey. Only three pairs will make it through to the final and continue their fight to be crowned Lego Masters.