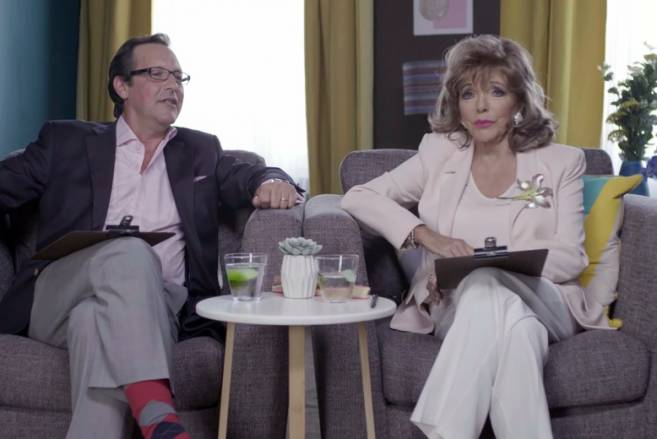 Even the most loving famous couples have minor whinges about each other, and in this three-part series no celebrity gripe is left unturned.

In this episode, Wayne and Frankie Bridge, Michael and Hilary Whitehall, and Martina Navratilova and her partner Julia Lemigova write a list of ways their partners drive them nuts, before airing their grievances face-to-face. Martina wants more romance in her relationship, Frankie wants to improve Wayne’s poor timing in the bedroom, and Michael wants his wife to stop hoovering the dog!

There are also more revelations from Joan Collins, Freddie Flintoff and Jon Richardson, and we share more results from a nationwide survey that reveal the great British public are just as cheesed off with their partners as our celebrity couples.