On the morning of May 17th, 1943, 19 RAF Lancaster bombers flew a daring mission over Nazi Germany that was to become one of the most celebrated bombing raids of all time. Sixty years on, and as the modern-day air force prepares to undertake missions over Iraq, Channel 4 marks the anniversary of the Dambusters mission with a special two-part series. Two programmes examine the achievement of the 133 crew, many barely out of their teens, who undertook one of the most technically challenging and dangerous attacks of the Second World War.

And the project puts a current RAF crew through training for the original mission, flying one of only two surviving flying Lancasters, and making a recreation of the raid using a specially-built simulator and cutting edge computer technology. The pilots also meet surviving members of the original crews, now in their eighties, to shed new light on this iconic operation. The programmes also look at the science behind Barnes Wallis’s incredible inventiveness that allowed the first-ever precision bombing mission.

For producer and director Gary Johnstone, who recently worked with James Cameron on his exploration of Hitler’s flagship Bismarck, the films are a timely reminder of the Dambusters’ achievement.

“The raid happened at a critical point in the war when the British had very little to celebrate,” he says. “The idea of the obsessed ‘mad scientist’ figure with his bouncing bomb inspired the nation. Post-war the whole episode became romanticised and turned it into a feature film. But then the children of war veterans turned against their parents’ generation, branding the bomber crews as murderers of civilians. Escapades such as the Dambusters raid were held up as examples of the pointlessness of war and many analysts denounced the attack as a piece of worthless PR.

“We wanted to get away from the myth-making and picking over the strategic value to look at the experience of these young crews. These were young men who were told that bombing was the only way of hitting back at an aggressor they believed had to be defeated. They did it without question and in the near certain knowledge that they would die in the process – half of them did.”

The RAF trainees had to go back to school to prepare for the missions. They usually fly state-of-the-art fighters and bombers that use computers to plan and track missions with incredible precision. But none of that was available to their equivalents 60 years before – all they had were maps, compass, pencil and ruler. They have to calculate their position while flying at under 100 feet, at night, over hostile territory – a challenge described as being “like a seven hour maths exam in the dark while being shot at.”

The crew even travel to Canada to fly one of only two airworthy Lancasters. With them is Dambusters veteran Ray Grayston, who was Flight Engineer on Lancaster AJ-N which breached the Eder dam during the raid. He was shot down in a later mission the same year and was held as a prisoner of war in Stalag Luft III. This is the first time he has spoken about the experience, and also his first flight in a Lancaster since 1943.

As the final mission approaches, and the crew begin to master their ‘Stone Age’ aircraft, tension begins to build. Although they can never re-live the experience and pure fear of the Dambusters raid, the trainees are as close as they can be to the challenge of the original flight. But can they make their one very special bomb count?

Antsy: Back home, Dave is trying to hold his own feet to the creative fire, but the world has conspired...

Nachalo: When Reddington takes Liz to the mysterious epicenter of his empire, their shared past reveals itself and long buried...

Beyond the Unknown: Beast Of Bodmin, The Day Niagara Shut Off And Hitler In Hollywood (S4EP14 Travel Channel Wed 16 Jun 2021) 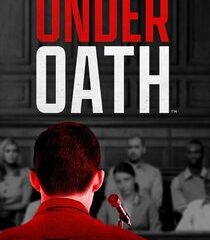 International Gander: Back home, Dave is trying to hold his own feet to the creative fire, but the world has... 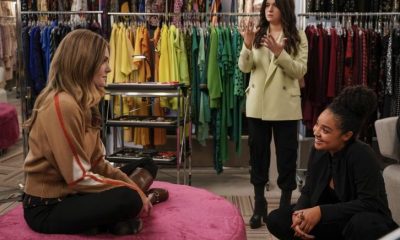