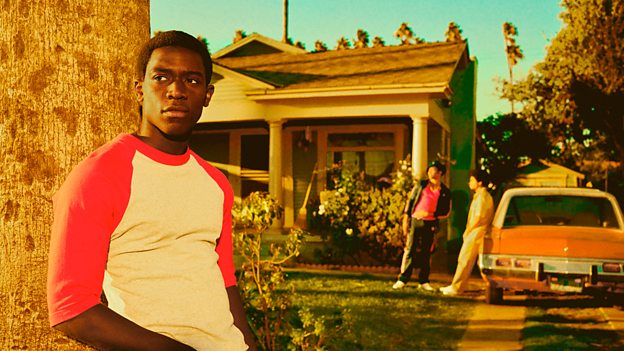 Highly praised FX series Snowfall, chronicling the rise of cocaine and the terrible impact it’s had on American society, premieres on UK free-to-air TV on Sunday 8 October at 10.00pm on BBC Two.

When the series opens it is 1983 in Los Angeles: a storm is coming and its name is cocaine.

Following an ensemble cast of characters, Snowfall explores the infancy of the crack cocaine epidemic and the major impact it had on American society and culture.

In episode one, we meet Franklin Saint (played by British actor Damson Idris, pictured, in his first major role) a young, South Central street entrepreneur as he takes a leap into the cocaine game.

Teddy McDonald (Carter Hudson), a disgruntled CIA operative, allies with a Contra soldier to begin an off-book operation to fund the Nicaraguan Contras.

Gustavo ‘El Oso’ Zapata (Sergio Peris-Mencheta) a Luchador Mexican wrestler makes inroads with Lucia Villanueva (Emily Rios), the daughter of a Mexican cartel family with ambitions of her own.