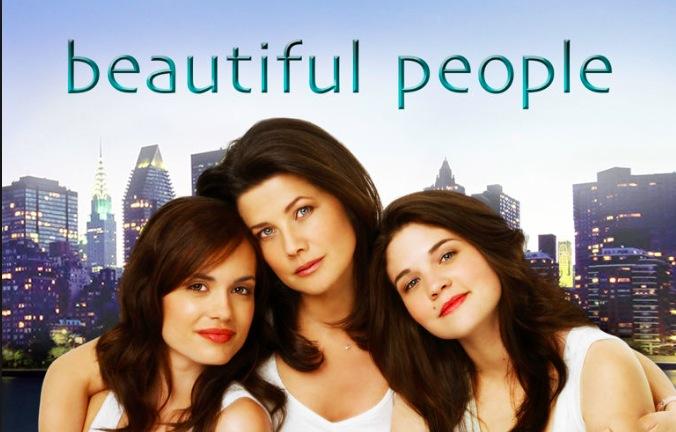 Beautiful People follows the highs and lows of a mother and her two daughters as they move from a small town in New Mexico to New York City. Jackson Rathbone, Ricky Mabe, Jordan Madley and Kathleen Munroe round out the ensemble cast. Life is turned upside down for newly-single Lynn Kerr (Daphne Zuniga) and her family when her youngest daughter Sophie (Sarah Foret), receives an academic scholarship to attend a prestigious private school in New York City.

Sophie and her sister Karen (Torrey DeVitto), convince a reluctant Lynn that they should pack up and move from their quiet hometown of Esperanza, New Mexico to give the bright lights of Manhattan a try. After settling into their Brooklyn apartment, Lynn, who has always dreamed of becoming the next Donna Karan, finds work in a womens clothing boutique until she can make her way into the design business. Karen, a successful model back in New Mexico, encounters the competitiveness of the field in New York as she gets rejected by agency after agency. Discouraged, she temporarily takes a job as a cocktail waitress where she encounters the darker side of living in the Big Apple.

Meanwhile, Sophie discovers Brighton is not the easiest place to fit in as the school is mainly populated by a group of wealthy, privileged kids known as the Beautiful People, or BPs. Though the city is filled with challenges, with each others support, all three women venture on a journey of self-discovery in the city where anything is possible.