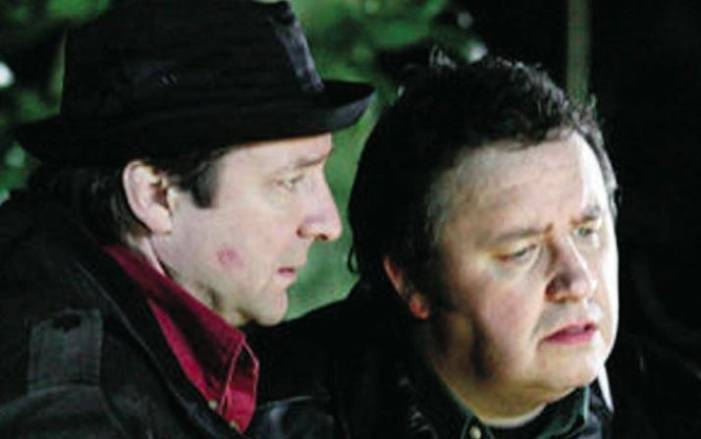 In The Scattering The Booze Cruise gang return for the third and final instalment of the feature-length comedy dramas.

Rob (Neil Pearson) has left Leone (Amanda Abbington) and has moved in with Jackie (Suzy Cooper), so he does not attend Elsie’s funeral with the others. Grace (Anne Reid) wants to scatter her mother’s ashes on her beloved Yorkshire moors where she was so happy. Leone and Cath (Karen Henthorn) persuade Dave (Mark Benton) that they should accompany the couple and help them celebrate their fortieth wedding anniversary. Rob also invites himself along, but to his embarrassment so does Jackie.

Dave agrees to deliver a family birthday present in Leeds on behalf of Marcus (Ian Richardson). But when Dave crashes the van on a country road, the women hitch a lift with a charming Canadian called Ben (Nigel Whitmey). Upon reaching their hotel, Grace attempts to match-make him and Leone – leaving Rob most put out. The men arrive by hire car, but Maurice (Brian Murphy) just wants to claim his inheritance, and ends up accidentally smoking cannabis thanks to Rob. Then it appears he has lost most of the ashes and has replaced them with gravel.