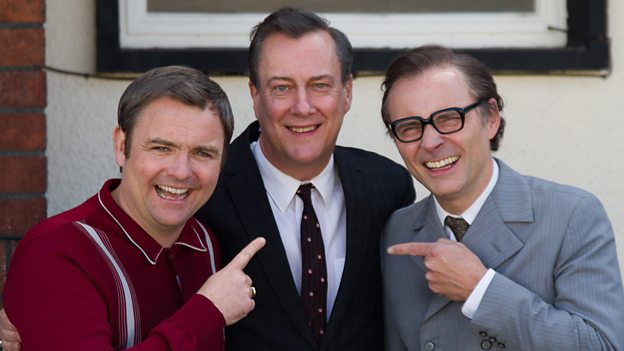 In the story of comedy legends Morecambe and Wise there is an invisible third person who defined their personas as we really know it. Eddie Braben was the writer of all their classic 1970’s material. This BBC four biography tells of Braben’s involvement with the duo culminating in their iconic 1977 Christmas Show.

Stephen Tompkinson says: “Thanks to Eddie Braben, Eric Morecambe and Ernie Wise became the most beloved comedy double act since Laurel & Hardy. The intimate utopia Eddie created for the boys has left us with everlasting joy and sunshine.

“To be able to tell this beautifully crafted piece by Neil is a rarity that reminds us how lucky we were that these three gentlemen bonded together and the efforts that went behind holding generations eternally grateful. For this project to have the blessings of the Braben, Morecambe and Wise families, makes us constantly aware of what an honour it is to portray these comedic legends.”