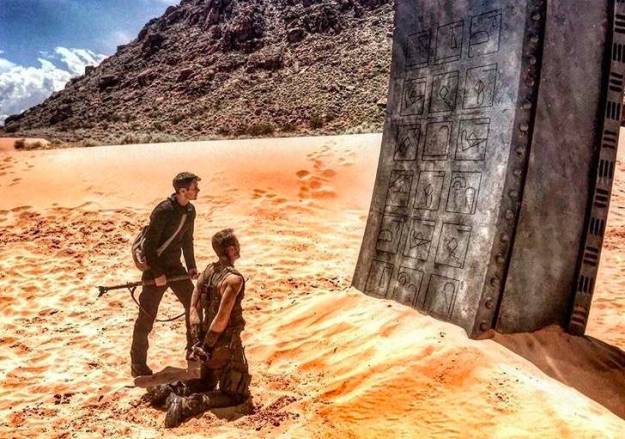 Extinct is BYUtv (Brigham Young University Television) second original scripted series and it’s certainly epic of scope, it’s a scifi series set 400 years after humankind has all but been wiped out by an alien race called the Kariks. A group of humans who have been revived, handily known a Reborns, attempt to understand and trust a group of mysterious, peaceful and highly advanced aliens known as the Originators who brought them back to life.

The Reborns are guided by Drones who are the face and voice of the Originators. They guide and protect the Reborns throughout their fight against the Kariks, and the parasitic Skin Riders who take control of a “host” or person’s cognitive abilities, to restore the human race and end the alien threat that drove mankind to extinction.