In Kay Mellor penned six part drama Girlfriends, for life-long friends Linda, Sue and Gail, the years have flown by, yet their lives seem more complicated than ever. When Linda’s husband Micky vanishes from a cruise ship on their wedding anniversary Linda suddenly finds herself on her own for the first time in nearly 30 years. Widowed and out of her depth she turns to her old friends Gail and Sue for support, who each have their own problems to face…

Glamorous and successful Sue is shocked when she finds herself facing age discrimination in her job as the editor of a popular bridal magazine. After committing her best years to her career and to her married lover and business partner John, a devastated Sue starts to question the choices she’s made. As the completion of her divorce to second husband Dave rapidly approaches Gail’s getting cold feet about giving up on the man she still loves. But with an aging mother, ex-con son and demanding grandson to look after, is she too exhausted to be able to do anything about it? As our girlfriends come back together to support their grieving friend, it’s clear Linda, Gail and Sue’s lives have changed over the years, but true friendship remains the same no matter how much time has passed.

Episode 1 | Airdate: 3 January 2018
Whilst on an anniversary cruise organized by their children Ruby and Ryan Linda’s husband Micky gets drunk and falls overboard. His memorial service is attended by Linda’s long-standing friends Sue and Gail but they have their own problems. Sue, editor of bridal magazine Adored, is ousted by John, her business partner and ex-lover, to make way for a younger woman. Gail, newly divorced, has to contend with a dementing mother Edna and ex-jailbird son Tom, who is on a tag and a curfew. Sue’s lawyer son Andrew decides to take legal action against John whilst Linda discovers Ruby’s affair with Tom. Then she gets a knock on the door from a strange woman.

Episode 3 | Airdate: 17 January 2018
A terrified Linda is questioned on suspicion of murdering her husband Micky, but Gail and Sue unearth the shocking truth behind Carole’s accusations.

Episode 4 | Airdate: 24 January 2018
Overstretched Gail reaches breaking point; with her son’s drug addict ex refusing to return her grandson, Gail sets out to find him and bring him home. Linda’s horrified when a revenge-seeking Carole breaks into her home, and the girlfriends are terrified to discover just how far she’ll go when she’s pushed to the edge. Sue’s getting cold feet about laying herself bare in court; as John turns on the charm to win her over, can he tempt Sue into dropping the legal action?

Episode 5 | Airdate: 31 January 2018
With the prospect of Micky’s body being found in Spain, Linda is forced into drastic action. Meanwhile, Sue runs into John’s wife and discovers that all is not well with John.

Episode 6 | Airdate: 7 February 2018
In the final episode, Linda, Gail and Sue arrive in Spain to identify Micky’s body. Sue and Gail are shocked to learn that Linda has been keeping secrets from them about her relationship with Micky, after her confession that she wanted her husband dead. As the women go to identify the body, things take an unexpected turn, and a shocking revelation threatens to cause chaos for them all. Meanwhile in Leeds, Ruby anxiously awaits news of her father, whilst Dave takes Edna under his wing.

The Mizanins Go Fishing: Mike's father-son fishing trip with George is a disaster; Maryse struggles to bond with Barb. Airdate:...

Asalah: When a woman who has been affected by the Debris is found with knowledge of Bryan’s past, he is...

The Road to Washington, D.C.: A chance meeting between Lee Malvo, a Jamaican teenager seeking a father figure, and John...

Potbelly Problems: Tanya helps a family facing a financial crisis after one family member was diagnosed with multiple sclerosis while...

The Price of Fame: When actor Robert Blake finds his new wife, Bonny Lee Bakely, shot in the head in...

The Mid-Atlantic: Host Carla Hall gives the nine bakers their Mid-Atlantic-themed master challenge: making their own upscale version of Maryland's... 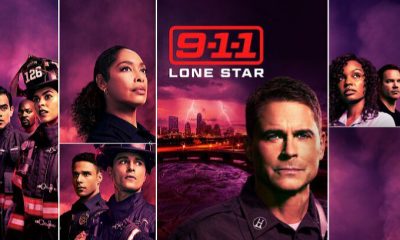 The Big Heat: A recovering Owen becomes the prime suspect in the serial arsonist case. Meanwhile, T.K. and Carlos find...