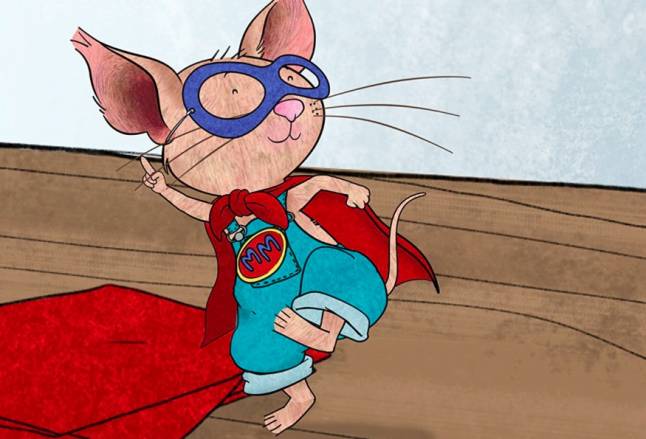 When you give a mouse a cookie, he’ll probably ask for a glass of milk, and then…who knows what he’ll ask for next?

Based on the beloved books by Laura Numeroff (Dennis the Menace) and Felicia Bond and executive produced by Numeroff, Bond and Emmy Award-winning writer Ken Scarborough (Arthur, Sesame Street, Curious George) who also serves as head writer, If You Give a Mouse a Cookie follows the adventures of Mouse, Oliver, Moose, Pig, Cat, and Dog, as they discover that when you’ve got a curious Mouse for a friend one thing always leads to another, then another, and then another!

The show’s learning approach was developed in consultation with authors Mimi Ito and John Seely Brown and revolves around a cause and effect narrative structure that sparks imagination and the creativity engendered by knowing that possibilities are endless.

If You Give a Mouse a Cookie will feature new recordings by Grammy nominated recording artist Lisa Loeb who also provides the theme tune.

A pilot aired on 5 November 2015 with a full season of 12 episodes following two tears later from 7 November 2017.