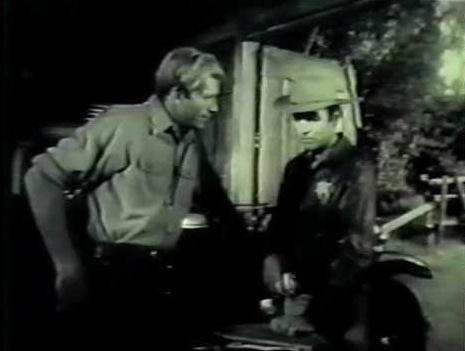 Set in the 1930’s crime drama The Manhunter focused on one time marine Dave Barrett who decided to turn bounty after his fiancee was killed during a bank robbery.

Barrett travelled the country when the Great Depression was in full swing and every crook fancied himself as the next John Dillinger or Clyde Barrow.

Barrett was occasionally helped out by Sheriff Paul Tate and other characters included Barrett’s family James and Mary Barrett.

The series was a Quinn Martin production but failed to match up to some of his better known efforts such as The Streets of San Francisco, Cannon and The Fugitive.

Teamwork Makes the Dream Work: Tensions run high between Artists as they endure a tattoo marathon with their home turf...

Can’t Back Out Now: Kayla hopes that Stephan will start appearing for Izaiah; Ashley decides to co-parent with Bar; Rachel...

Where’s my apology?: Chloe’s threat of taking legal action isolates Juliette from everyone; Garrett and Cara continue to experience difficulties...

The Roswell Incident – Part I: Quinn and Hynek visit Roswell, N.M., with Gen. Harding as an unknown local citizen...

Payback: When the son of a well-known retired FBI agent is taken just blocks from their home in what appears...

On the Edge: Police stop a man wielding a knife in Arkansas who became enraged over a midnight pot roast;...

Hairtrigger: When a young man is traumatized by his experience surviving a mass shooting, and radicalized into becoming an anti-government...