Action adventure series. Sequel to The Avengers . Steed is joined by two new assistants the glamourous Purdey and tough Mike Gambit. There was more of an emphasis on  spy stories this time out but still with that quintessential Avengers twist.

Developed by original series producers Albert Fennell and Brian Clemens. The series was produced by The Avengers Enterprises Ltd for the ITV network, cost £125,000 per episode to produce at Pinewood Studios in England and was seen in 120 countries. A joint United Kingdom-France-Canada production, the series picks up the adventures of John Steed as he and his team of “Avengers” fight evil plots and world domination.

Whereas in the original series Steed had almost always been partnered with a woman, in the new series he had two partners: Mike Gambit, a top agent, crack marksman and trained martial artist, and Purdey, a former trainee with The Royal Ballet who was an amalgam of many of the best talents from Steed’s female partners in The Avengers.

Stand Up To Cancer smashes record with over £31 million raised

On Friday 15th October, a glittering array of stars from across the worlds of music, sport, comedy, and film came...

The residents of Peckham are about to be thrust into the limelight in a brand-new observational documentary series, from the... 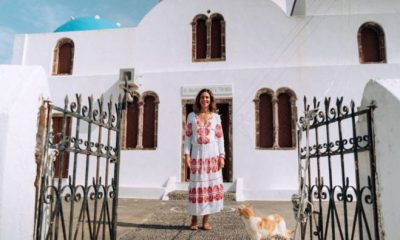 In this episode, Julia’s journey brings her to the impossibly glamorous island of Santorini, in search of the perfect sunset....

In the fourth and final episode of Hollington Drive, as the family wait for news on David, Eva is ready...

Acclaimed murder-mystery series Shetland returns for a new thrilling six-part tale, as DI Perez and the team investigate the doorstep... 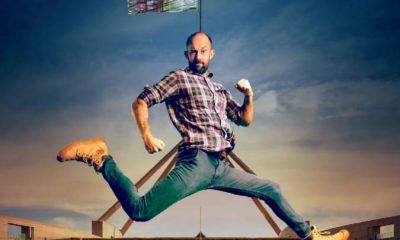 Christiaan Van Vuuren’s unlikely journey shows us why we should care, and how we might work together to ensure our...

In Edinburgh’s Leith area a vast redevelopment is being promised by the mysterious Phoenix Company, but something lies in the...

The reality news service that delivers all the highs and lows from the UK and global reality worlds returns for...

The week begins at Becketts in Southsea, Portsmouth. Host Terence believes his prize-winning establishment can claim top spot in the...

An eclectic revolving cast of camping enthusiasts explore Britain in their beloved caravans, campervans and motorhomes to bring us the...

The story of Bill Thomas, the first Black male police officer in South Yorkshire. Bill’s career saw him involved in...

The Outlaws Series Premiere Mon 25 Oct on BBC One

Save Money: My Beautiful Green Home is an uplifting three-part series which taps into our global obsession with property and...

As Sheena starts to spend more time with the Housewives, it soon becomes apparent that keeping up with the ladies...