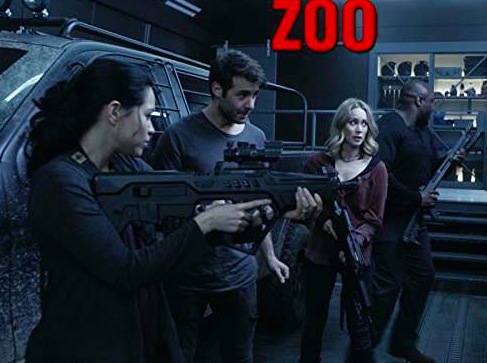 In Zoo, a wave of violent animal attacks against humans begin taking place across the globe. As the assaults become more cunning, coordinated and ferocious, a young renegade biologist (James Wolk) is thrust into the race to unlock the pandemic’s mystery before there’s no place left for people to hide.

In season three, the year is 2027 and the world has reached a tipping point: as the human population continues to dwindle due to the sterility problem, an equally devastating threat rises in the form of “the hybrids,” an army of unstoppable lab-made creatures, hell-bent on destroying Mankind.

Crime drama series. Amy Harris works in a secret police unit thought by many to have been disbanded years ago....

Rapprochement: Beth reasserts her authority by enticing the squad to a wild, adult party at the Playland Motel. Airdate: Sunday...

Murder in the Suburbs airs Sun 19 Jan 2020 on Lifetime

A happy-go-lucky family find their vacation turning into a nightmare when they encounter a grieving mother and learn about her...

Host Tiffany Haddish recalls some of the most hilarious moments from the first season; a seven-year-old child, who has a...