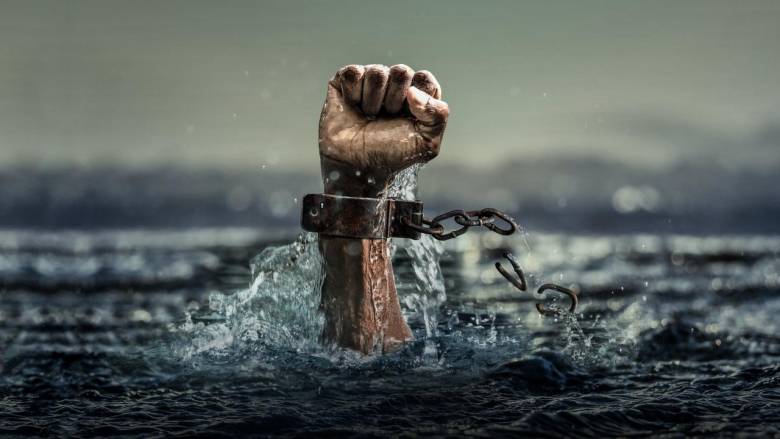 Four part documentary Enslaved begins on ABC TV Plus this Sunday at 9.30pm. It’s presented by Samuel L. Jackson along with journos Simcha Jacobovici and Afua Hirsch and takes an indepth look at US History.

In the series Samuel L Jackson pieces together the beginnings and methods of the transatlantic slave trade – a business that thrived for over 400 years and trafficked more than 12 million Africans across the Atlantic to North and South America and the Caribbean.

He is joined by journalists Afua Hirsch and Simcha Jacobovici to investigate the history of slavery on land. On water, he teams up with ‘Diving with a Purpose’ (DWP) – a group of underwater investigators dedicated to restoring their ancestors lost history. Each episode features a dive that brings to life the forgotten stories of some of the 2 million Africans who perished on ships transporting them to slavery.

In episode 1 “A People Stolen” Jackson traces his own ancestry to Gabon. He visits the coastal area in Loango National Park to see where his enslaved ancestors were shipped in their millions to the Americas.

He travels with Journalist Afua Hirsch to Fort Elmina – one of more than 30 forts on the West coast of Africa. They learn how technology enabled the Europeans to sail the vast distances to Africa, how human engineering enabled slavers to cram over 600 human beings into their vessels and how Africans were acquired as property using metal bracelets called manillas, as currency.