Crime Drama series. Whilst on holiday in France in 2006 the five year old son of Tony and Emily Hughes goes missing sparking a frantic manhunt that is still going on 8 years later. As his marriage and world crumbles around him Tony (who holds himself responsible for losing his boy) never gives up the search for his son.

Meanwhile French policeman Julien has his own reasons for not giving up on the case. Journalist Malik Suri also stays on the case convinced that Tony has something to hide.

Filmed in the UK, France and Belgium.

All Old Things Must Pass – Part 1: The team arrive on Arriopa to take down Lazaro. A face from...

This Is Not A Drill!: Contestants trash talk the Tenderloins, Sal's "moist moment", and a giant door-opening python! It's all...

Michael’s Santa Monica: Tom visits the chefs in the Last Chance Kitchen to decide who has earned the opportunity to...

The Toll of the Sea: In an effort to save Hope, Ryn and Ben confront Tia in an undersea battle...

Tradition: Robin tackles the fall holidays bravely but feels she can’t compare to how well Scott handled everything. Oliver struggles...

Restaurant: Impossible: Revisited: Helping One of Our Own (S17EP3 Food Network Thurs 28 May 2020)

Revisited: Helping One of Our Own: Robert Irvine returns to Rosie's Cafe in Escondido, Calif., where he previously helped the... 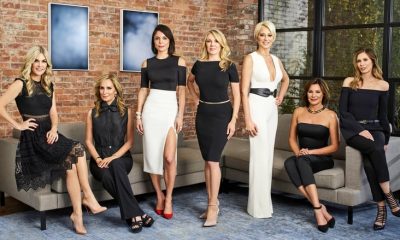 Hurricane Leah: Leah invites her sister to join the women’s weekend trip to Rhode Island, which causes Ramona to become...