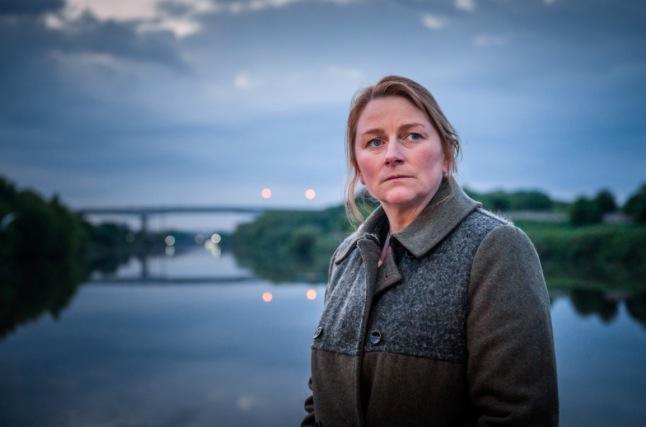 Thriller series Prey saw Detective Sergeant Marcus Farrow finding himself wrongly accused of murder and going on the run in order to try and clear his name. For Farrow the trouble starts when he starts digging into a case from the archives, when he finds himself under suspicion of murder he knows it is somehow linked to the case. he realises he needs to run if he is to clear his name. on his tail is acting Detective Chief Inspector Susan Reinhardt.

Prey heads out firmly into thriller territory and while the story has been done many times before it’s an exciting ride, in fact the pace os often relentless. the cast is top notch too, the only quibble would be that too much time is spent on acting Detective Chief Inspector Susan Reinhardt’s stalkerish antics with her ex – almost as if she is being set up for a spin off series of her own?

In the end Reinhardt didn’t get her own series but she did get a second Prey serial, another three parter with Philip Glenister as the prey this time. It aired 9-23 December 2015. Glenister played Prison Officer Dave Murdoch who was forced to collude in the escape of a prisoner after his daughter is supposed to have been kidnapped. Again he goes on the run to clear his name and is pursued by Reinhardt.