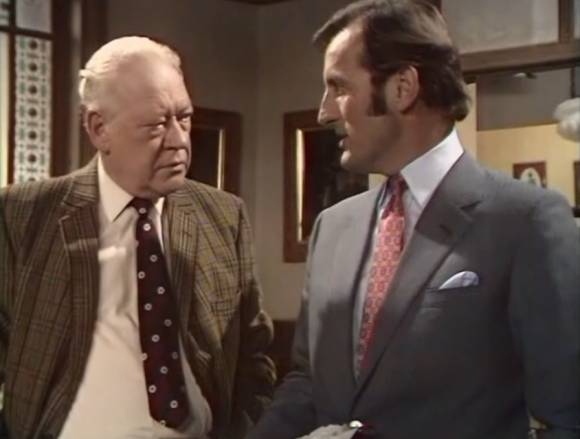 In The Sealed Offer an old army colleague of Hadleigh’s, elderly Colonel Winstanley now runs an antiquarian bookshop. However the street it’s on has been compulsory purchased by the council. Winstanley, along with the other shopkeepers on the street are concerned that they are not getting anything like the amount of money they should be.

Hadleigh (who actually owned the shops at one time so feels compelled to help) and Anne team up to gather evidence to present to the Lands Tribunal on the Colonel’s behalf but the council, led by Councillor Bembridge, are playing it tough.

Hadleigh is excellent in this episode, very much on the offensive and taking no prisoners. After discovering some info (thanks to some deft undercover work by Maxwell) about Bembridge and a case of nepotism involving extra money being given to a shop owning family member a couple of years before, Hadleigh knows he has the council where he wants them. Unfortunately the Colonel still wants to take the case to tribunal – mainly just to have his say officially.

The council do have one arrow left in their quiver – they substantially upgrade their offer for all of the shops but on the condition that everyone agrees to the offer – including the colonel. Obviously all of the other shopkeepers are keen to accept the improved offer but it is only thanks to a little white lie from Hadleigh that Winstanley can be made to see sense.

Clive Morton, who plays Winstanley, had a starring role later in the decade in the first series of knockabout kids series Rogue’s Rock. 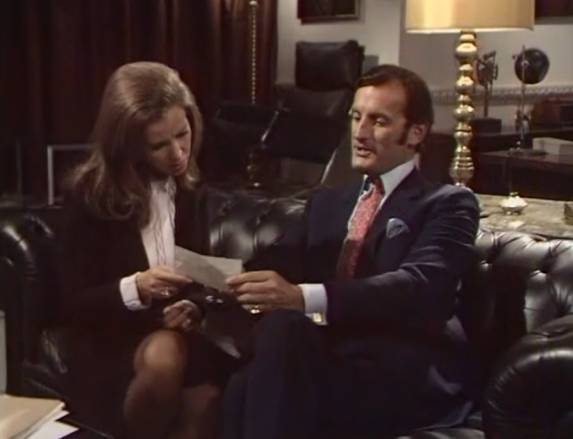