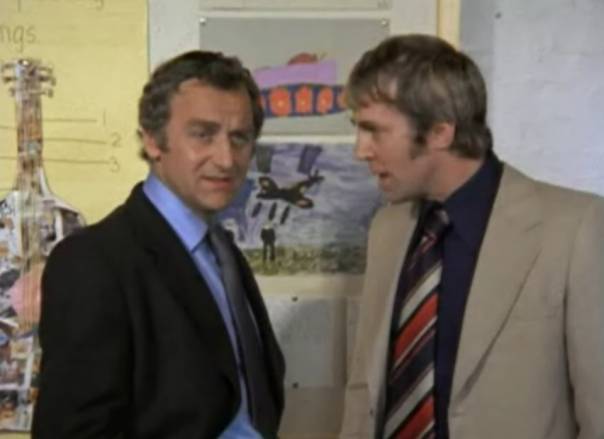 In Jigsaw crook Eddie is Regan’s prime suspect in a factory robbery. The night watchman was badly injured but Eddie has the perfect alibi – he was in the pub with Regan at the time of the robbery.

Regan is convinced that Eddie was somehow involved but his harrassment of the villain puts a prominent MP on his case.

The fabulous Del Henney guest stars as Eddie, he scored his biggest success in two seasons of Fallen Hero later in the decade. Sheila Gish plays his wife June.

We also get the first glimpse into Carter’s home life, his wife, a teacher, is none too impressed by the amount of time he spends on the job. In fact she is convinced that if George spends any more time with Regan he will turn up just like him.

Waterman and Turner had played brother and sister a short time earlier in Special Branch episode Stand and Deliver. 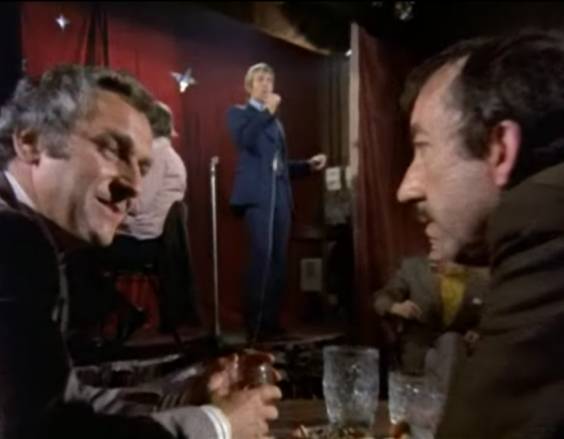 Eddie has the perfect alibi. He is in the same pub as Jack at the time of the robbery.

classic quote
“Don’t look at me Mr Regan, I was with you.”