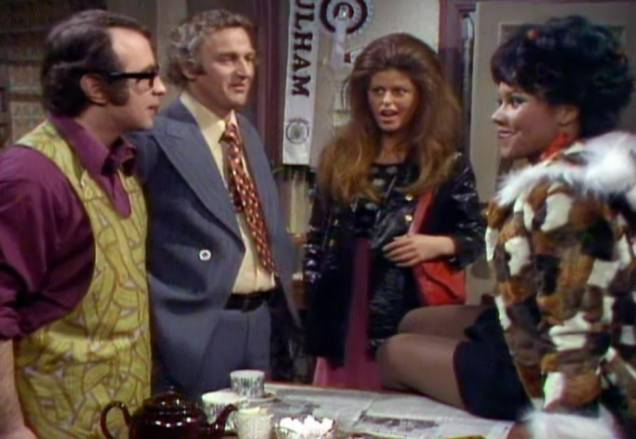 In Home and Away Annie is on holiday in Spain with best friend Daphne. They are having a great time despite the fact that Annie is sure Dobbs and Stan are up to no good back home.

Meanwhile back at home Dobbs and Stan are getting very Odd Couple until Dobbs discovers that Stan has arranged a double date with old flame Yvonne and her friend Brenda.

Both Dobbs and Stan spend the night away from home but both are insistent that nothing went on, in fact Dobbs is adamant that he slept on Brenda’s couch.

When it’s time for the holiday to end Daphne returns home but Annie has decided to stay on for a few days – in the villa of a new friend called Desmond.

Pam Scotcher, who plays Yvonne, had appeared as a girlfriend of Bob Hoskins in an episode of Villains called Knocker. Here she is hooked up with Stan. 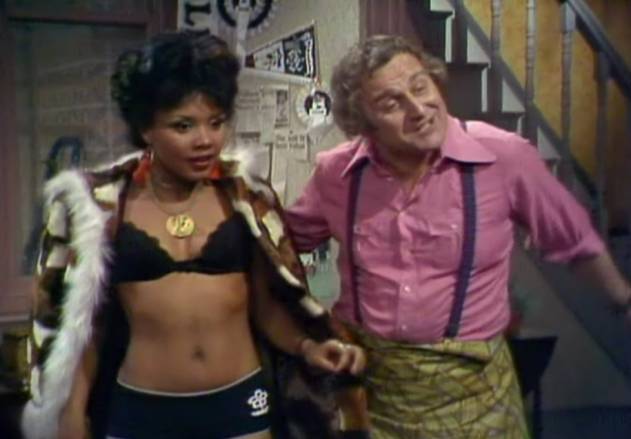 classic quote
“Look it’s not so bad for you, this is only the first time she’s left you. It’s the second for me.”

Series: Thick As Thieves Episode 7 (of 8)