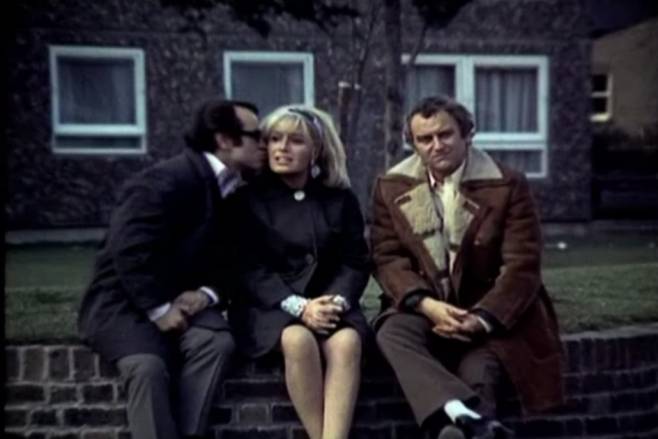 In Two Men in My Life Annie is getting mighty sick of running around after two men and decides to go away for a few days. Dobbs and Stan quickly descend into an Odd Couple routine but are shaken to discover that noted villain Tommy Hollister has escaped from prison and is hiding upstairs.

The name Terry Leather crops up in a pub conversation in yet another Clement and La Frenais production.

Leather plays a part in the second season of Auf Wiedersehen Pet as one of the gangsters in Spain that the group run into. Meanwhile Jason Statham plays Terry Leather in the 2008 film The Bank Job. This is set in the 1960’s, so it’s not beyond the bounds of possibility that he’s same Terry Leather in all the productions.

Series: Thick As Thieves Episode 4 (of 8)