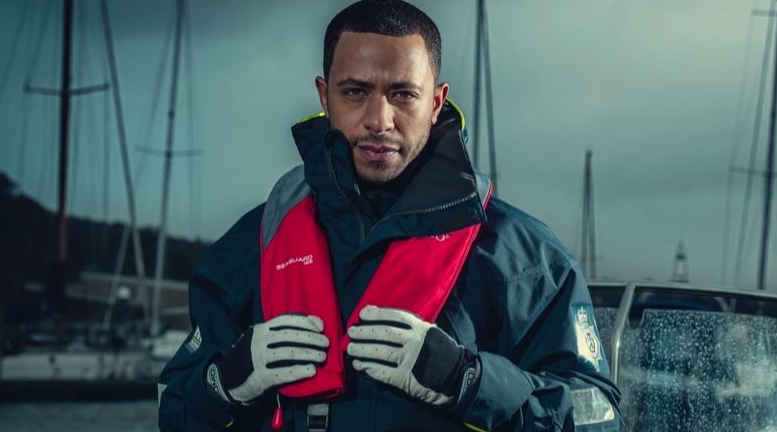 Q: What drew you to this project?

A: It was a great chance to play a type of character I had not been asked to portray before. I’d never done a police procedural or been part of a team before, so Annika was a really good challenge for me. It was also a chance to work with an amazing cast. Nick’s scripts were wonderful, too.

Q: What distinguishes his writing?

A: I didn’t want to do something too sweet and sugary – that would have been a bit boring. But Nick’s scripts are intriguing. They’re quite hard-hitting, dark and gritty, but at the same time, they are light and warm.

Q: Talk us through your character.

A: Tyrone is seriously dedicated and loyal, but he’s not a very good team player. He also doesn’t have what Annika has – that ability to stand back and take stock. As soon as Tyrone smells blood, he says, “let’s go!” That has its pros, but at times it causes him to run off on his own.

Q: Does he pick things up from Annika?

A: Yes. He learns a lot from her. She forgives him rather than shouts at him. Because she has such great experience in the role, she teaches him perspective. Tyrone learns from Annika that there is more than one way to achieve results. Going in all guns blazing is not always the best way. He also learns not to be so hard on himself. He thinks he should get it right all the time. That’s one of his faults – he is too unforgiving of himself.

Q: Did you benefit from working with Nicola?

A: Absolutely. I learned so much from her. It’s hard not to. She is so experienced and such a great leader. She’s number one on the call sheet, and everyone takes their cue from her about how to treat other people. On other jobs, if the number one on the call sheet does not always set a good example, then everything else falls apart. Nicola is the alpha in this and sets a brilliant example. It’s great to see someone with such poise and control. The way she handled herself was terrific to watch.

Q: What were the challenges of filming during the pandemic?

A: We had to have two Covid tests a week and wear our masks everywhere, apart from during a take. I’m afraid I lost 15 masks during the shoot!

Q: Did that adversity help to bring people together?

A: Yes. We were all in the same boat and under the same duress. That unified us. We had a common enemy in the germ. That heightened the sense of camaraderie.

Q: In one scene, you had to jump into the icy Loch Lomond. What was that like?

A: I loved it! There is a strange part of me that enjoys things like that! Jumping into a freezing cold loch is something I’d never have done if it weren’t for this job. Even though it was so cold I couldn’t feel my lungs, it was really exhilarating. When I got out, my adrenaline was pumping, and I felt like I was so alive. All my synapses were firing, and my brain was going at a hundred miles an hour.

A: Definitely. Before an action sequence like that, the producers would ask me, “are you okay doing this?” And I’d reply, “please make it more dangerous!” It was such a treat!

Q: What feelings will Annika leave audiences with?

A: Warmth, enjoyment, excitement and a bit of joy.