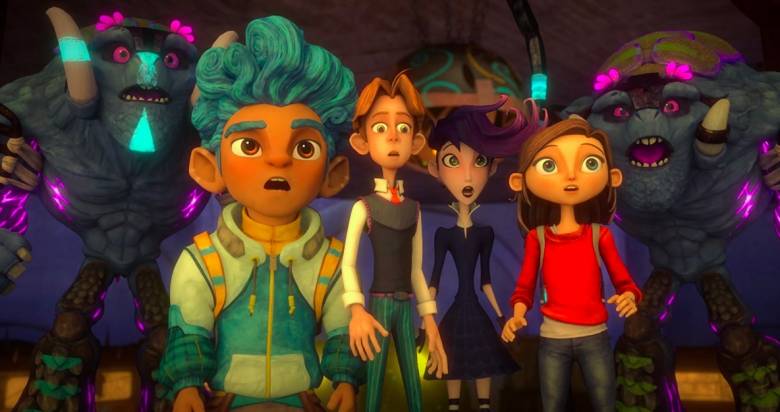 The new series, which expands on the multiple Emmy Award-winning Amazon Original special, Lost in Oz: Extended Adventure, is a magical, modern adaptation of the beloved Oz books from L. Frank Baum for today’s generation of families. For the series launch, the special will be broken into 3 separate episodes and 10 new episodes will be added on.

In Lost in Oz, 12-year-old Dorothy Gale discovers her mother’s magical travel journal hidden beneath the floorboards of their Kansas home. The book triggers a tornado, which rips her house from its foundation and transports Dorothy and her dog, Toto, to Emerald City, a bustling, modern, metropolis. In order to get home, Dorothy learns she must acquire every element on Oz’s “periodic table of magic” – while the city faces the worst magic drought in eons! Along the way, Dorothy and Toto meet unlikely allies in West, Ojo, Reigh the Lion, Scarecrow, and Glinda the Good, who are each eager to help, but struggling with their own problems. Together, they navigate the magical landscape of Oz while undergoing their own unique journeys of self-discovery.