Red Oaks, an Amazon original, is a coming-of-age comedy set in the “go-go” 80s that is equal parts hijinks and heartfelt about a college student enjoying a last hurrah before summer comes to an end–and the future begins.

David Myers, an assistant tennis pro at the Red Oaks Country Club in suburban New Jersey in 1985, is both reeling from his father’s heart attack and conflicted about what major to declare in the fall.

While there, he meets a colorful cast of misfit co-workers and wealthy club members including an alluring art student named Skye and her corporate raider father Getty.

SEASON 1
1 – Pilot | Airdate: 2014-08-28
In the summer of 1985, 20-year-old David Meyers takes a job as a tennis pro at Red Oaks Country Club in suburban New Jersey, as his parents, girlfriend, and co-workers pull him toward a future he’s increasingly unsure he wants.

2 – Doubles | Airdate: 2015-10-09
David finds himself swept into a surprising hustle when he agrees to be Getty’s doubles partner for an outside-work tennis match. As David gets to know Getty’s daughter, Skye, Nash nurtures dreams of playing the stock market, and Wheeler and Misty bond over a parallel parking lesson.

3 – The Wedding | Airdate: 2015-10-09
David talks Barry into hiring him to film a wedding at Red Oaks. While the club comes out to celebrate, Nash squares off with a rival to impress the father of the bride, and Wheeler ponders an eccentric stranger’s business proposition.

4 – MDMA | Airdate: 2015-10-09
David’s romantic plans for Karen’s birthday go awry, while Sam and Judy’s marriage counselors give them a new “empathy” drug to tap into their romantic feelings, and Misty sets Wheeler up on the world’s worst blind date.

6 – Swingers | Airdate: 2015-10-09
David is hired to film a sex tape for middle-aged swingers from the club, but the experience isn’t quite the stuff of fantasy. Meanwhile, Karen tries her hand at modeling for Barry, and Judy throws a party for the students in her real estate class, to Sam’s chagrin.

8 – After Hours | Airdate: 2015-10-09
David and Skye ponder their respective futures, both romantic and professional, as they spend an evening in New York City. Wheeler and Misty spend the night driving around town and discussing life.

9 – The Bar Mitzvah | Airdate: 2015-10-09
David’s tensions with Barry, his recent night out with Skye, and his growing distance from Karen all threaten to derail a Red Oaks bar mitzvah he’s been hired to film. All while Wheeler scrambles to recover a missing package of cocaine.

10 – Labor Day Luau | Airdate: 2015-10-09
As the end of summer approaches, David coaches Getty for the Red Oaks tennis championship, and the Red Oaks staff say their goodbyes. But there are big changes coming for the Meyers and the Gettys.

SEASON 2
1 – Paris | Airdate: 2016-11-11
After revealing their feelings for each other at the end of last summer, David and Skye finally reunite in Paris to ring in New Year’s 1986. But surprise guests threaten to ruin their romantic week in the City of Lights.

2 – Memorial Day | Airdate: 2016-11-11
As Red Oaks Country Club kicks off the summer season, David faces an uncertain future at school, while Wheeler tries to become something more than “just friends” with longtime crush Misty. Meanwhile, club president Getty faces a challenge to his status at the club, and Sam and Judy adjust to single life.

3 – Father’s Day | Airdate: 2016-11-11
Skye talks David into joining an uncomfortable Father’s Day brunch with a less than thrilled Getty. Sam wants to celebrate with some father and son time of his own. Nash sets his romantic sights on a wealthy widowed club member, and Wheeler launches a new moneymaking scheme.

4 – “The Bris” | Airdate: 2016-11-11
David takes a freelance job videoing a bris and accepts Getty’s invitation to lunch in the city. Back home, Judy enjoys Ladies Night with new friends, while Sam goes on a blind date.

5 – Independence Day | Airdate: 2016-11-11
Getty prepares for his trial on insider trading charges. Nash’s romance with Widow Horowitz heats up. Meanwhile, David wonders if he may be too suburban for Skye’s new city lifestyle.

6 – Old Flames | Airdate: 2016-11-11
With the pressure of his trial weighing on him, Getty turns to an unusual confidante for moral support. One of Wheeler’s students gets a little too close for comfort. And while Skye struggles to find her place on the New York art scene, David and Karen reconnect.

7 – The Anniversary | Airdate: 2016-11-11
Tension bubbles as the Getty’s celebrate their 25th wedding anniversary at the club. Meanwhile, Sam tracks down a lost love, Skye finds out about David’s secret power lunches with her father, and Wheeler goes to increasing lengths to avoid a romantic blunder with Misty.

8 – Lost and Found | Airdate: 2016-11-11
Barry recruits David to film his bachelor party jaunt to Atlantic City, and Nash and Wheeler tag along for the most awkward road trip of their lives. Sam and Judy team up to search for his lost cat.

9 – The Wedding | Airdate: 2016-11-11
As Karen and Barry prepare to tie the knot, David finds himself grappling with a forlorn Nash, arguing parents, and stark choices for his future.

10 – The Verdict | Airdate: 2016-11-11
Getty feels the heat as the jury verdict-and the club recall election-loom. With the summer winding down, Wheeler and Misty confront tough questions about what fall brings. David must define his own independence and make a decision about Getty’s lucrative job offer.

SEASON THREE
1 – Summer in the City | Airdate: 2017-10-19
Summer of 1987 finds David Meyers living in New York and working at a video production company. Unfortunately his dreams of becoming a filmmaker-and his love life-are going nowhere fast. Meanwhile at Red Oaks, tennis pro Nash learns alarming news about the future of the country club.

2 – Samwich | Airdate: 2017-10-19
While David angles to get hired to direct a dog food commercial, best friend Wheeler learns of a handsome rival for girlfriend Misty’s affections. Nash visits Getty in prison, bringing dire news of a threat to Red Oaks. IRS Agent Terry pitches Sam on a business venture for which neither is qualified.

3 – A Little Business Proposition | Airdate: 2017-10-19
Wheeler weighs an unusual proposition from his Columbia lit professor. Despite warnings from his ex-wife Judy, Sam decides to go into business with Terry. Getty recruits David to help save his beloved Red Oaks.

4 – Memories | Airdate: 2017-10-19
Sam and Shirley run into trouble during a night on the town. Following a dressing-down from his boss Derek and a fight with Wheeler, David goes in search of a friendly face.

5 – Paroled | Airdate: 2017-10-19
A newly-paroled Getty makes a last-ditch effort to save Red Oaks from the wrecking ball. Sam’s side business is dealt a major setback. Misty and Wheeler separately fend off unwanted advances. And David finally makes a decision he should have months ago.

In this fourth episode, we meet Siobhan, a 63-year-old woman who had an epiphany and chose to purchase a motorhome.... 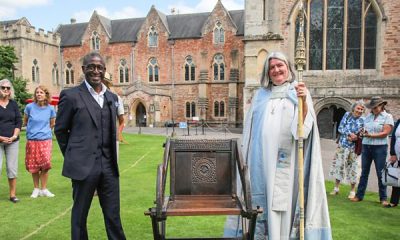 Bishop’s Palace 2: The team from Antiques Roadshow visits Wells in Somerset, one of the smallest cities in England, where... 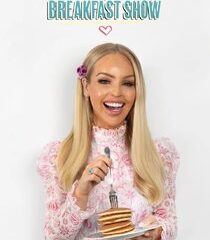