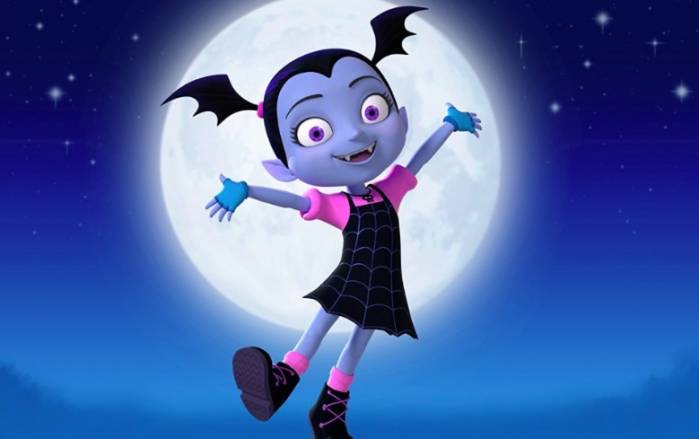 In children’s animated series Vampirina is set in a Pennsylvania town where the Hauntley family have recently moved from Transylvania. The Hawley family also just happen to be Vampires. Nice, cuddly Vampires at least.

The stories follow Vampirina (aka “Vee”) as she faces the joys and trials of being the new kid in town including making friends and attending a new school in the human world. Along the way, Vee learns that it may be easier to blend in with her peers, but it’s more valuable to celebrate the qualities that make each individual unique.

New episodes will be presented every Monday and Friday in October on Disney Channel and Disney Junior.