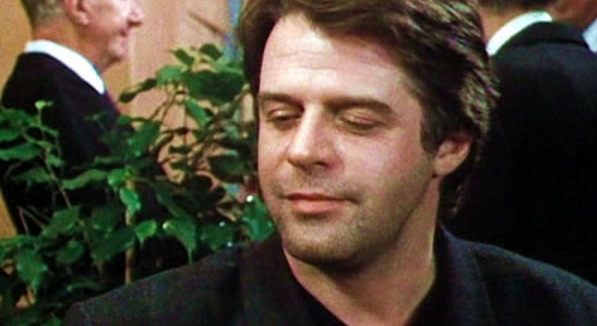 A rather odd opening to A Man of Sorrows sees Barney locked in a fight with someone in a cottage, after a cutaway to a scene in Church, it’s back to Barney looking over his assailant who is now dead.

When Jim turns up on the scene Barney sends him away and when Jim tries to follow up Barney tells him he has to go to London to help on a case there. Although Jim has no idea what is going on, we have learnt that something big is going down on the island. In London Jim teams up with fellow Detective Sergeant Alan Hallowes who has more than a few issues going on.

This was writer John Fletcher’s second episode in quick succession after Burnt. It’s a very convoluted story. Although you think Barney must be working undercover you are never quite sure if that is the case. Of course it turns out that Barney is not on the take and is working with the London police to bring down unlikely drug kingpin Higgins. Crozier claims the investigation has been ongoing for the last two years and to be honest it’s a bit hard to believe that Jim or no else at the Bureau knew anything about it, even harder to believe that Croizier would be the one taking the risks.

Jack Galloway turns in another fine performance, something he has made a habit of throughout his career, as troubled cop Hallowes. There are also roles for George Baker, William Simons and Donald Douglas.