In The Treat Gordon Breen takes three old men from Paxton House (a home for retired soldiers) out on a day trip in the country. The day begins smoothly enough but soon things take a nastier turn.

Two of the three, Cyril and Henry, have a sinister purpose in mind, they have discovered that Breen is homosexual and intend to goad him into killing the third member of the group, Leslie, so that Cyril can take Leslie’s place in the room that he shares with Henry. It’s interesting that Cyril and Henry target Leslie for his homosexuality when it is clear right from the beginning (with Cyril casually touching Henry’s hand) that there is something between the two of them.

There is a strong touch of the Dennis Potter’s in Douglas Livingstone’s script here, a group of adults “larking about” like children until events get out of hand. The end is signified in the opening shot of a scarf tied around a tree and the atmosphere throughout is nicely unsettling. 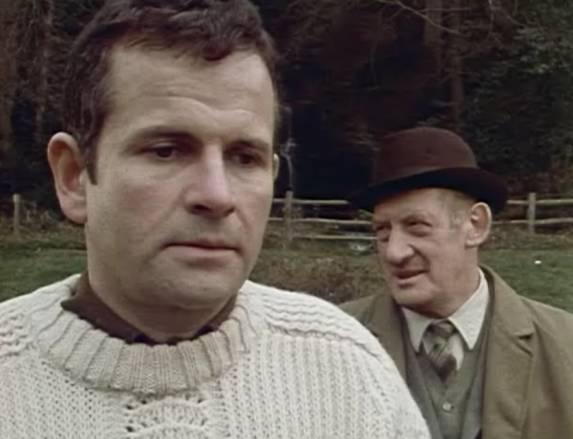 Series: The Frighteners Episode 8 of 13

The Garden: Echo (Tasya Teles) and Gabriel (Chuku Modu) learn more about Hope (Shelby Flannery) and her mysterious past. Eliza...

Cambria County Jail: Convinced total isolation and disorientation is the only way to push fear to its absolute limits, Dakota...

Risk vs. Reward: Jay learns the automotive world is not for the risk averse. He meets up with maverick tech-entrepreneur...