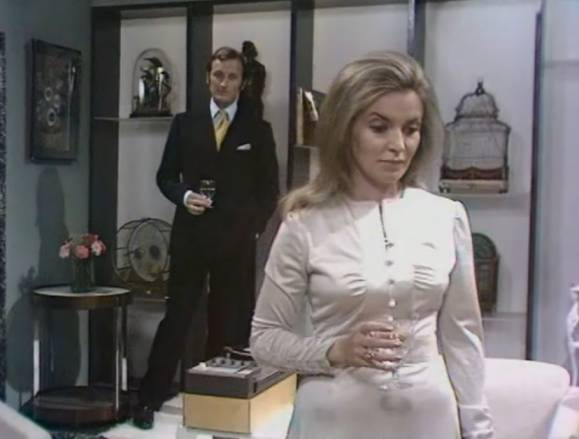 In Ring of Fire James is playing a dangerous game. He has become rather enamoured with the wife of old friend Brian Alwyn. Brian is a well known racing driver and is getting over a leg injury. Hadleigh, who hasn’t seen Alwyn for four years, pays him a visit when he hears about his accident. Alwyn and his wife Sarah have been married for three years but are going through a rough patch to say the least.

Hadleigh and Sarah meet up in Germany whilst both over there on business but despite James’ best efforts nothing happens. Back home Brian persuades James that a few days holiday for himself and Sarah and staying with James at his Yorkshire estate would be the perfect tonic.

Quite an intense episode, James and Sarah (played by the gorgeous Hannah Gordon) are clearly more than a little keen but both are unwilling to take that ultimate step. Brian becomes convinced they are having an affair but Hadleigh is able to convince him otherwise.

In a twist when Brian returns to racing some months later he is killed when his car develops a mechanical fault and he crashes. James is quick to offer comfort but Sarah tells him she is leaving for Los Angeles. 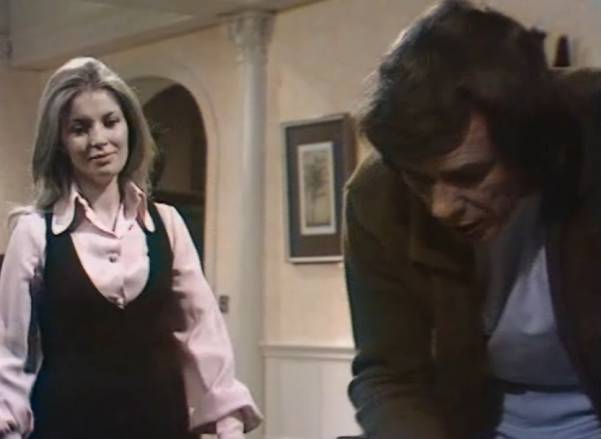 Racing driver Brian Alwyn and his wife Sarah are going through a difficult patch.