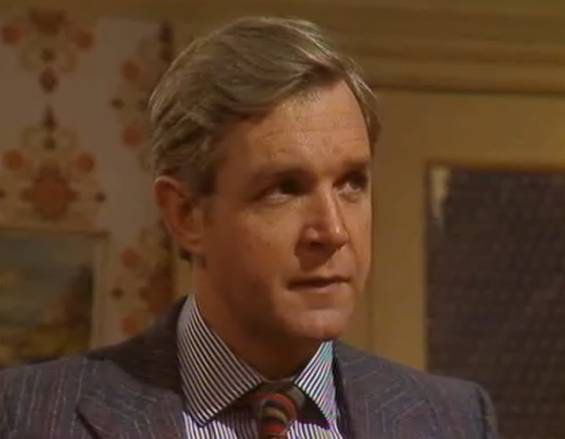 In Where There’s No Law David is now officially able to practice as a solicitor but Henry is not willing to have him rejoin the Leeds practice, the more practical Margaret is but says it will cost him £30,000 to make up for the business lost thanks to his court case. Also unfortunately for Walter now that Main is reinstated he will no longer be legally able to work for him. Unless his own appeal works.

Main’s old private inquiry agent Peter Jarrett brings him his first case, a father, Gerry Baxter, who is convinced his 16 year old daughter is taking drugs. Luckily for Main it turns out Clegg is the font of all knowledge when it comes to drug info but then events take a turn for the disastrous though when the girl takes a fatal overdose and Baxter takes matters into his own hands.

Now that David is back in solicitor situ so are Henry and Margaret (the pair have barely appeared so far this season) who are dealing with a case involving a businessman who may need to sell out when he is unable to receive the financing for the expansion he needs – it’s all a bit of a hook though for Margaret to persuade Henry of the virtues of David.

There’s a nice moment when Inge turns up announced en-route to New York (David wants her to stay) only for she and David to have cold water poured on their assignation by the arrival of Henry who has missed the last train back to Leeds. Naturally given that she and David are pretty keen on each other she makes the decision to stick around.

Clegg’s appeal fails and must cease employment immediately, Main makes it clear though that he will be back working for him in a matter of weeks – to ease the pain he gives Walter two plane tickets and a slice of holiday pay.

classic quote
“it sounds personal but it’s only the groan of a rusty typewriter.”