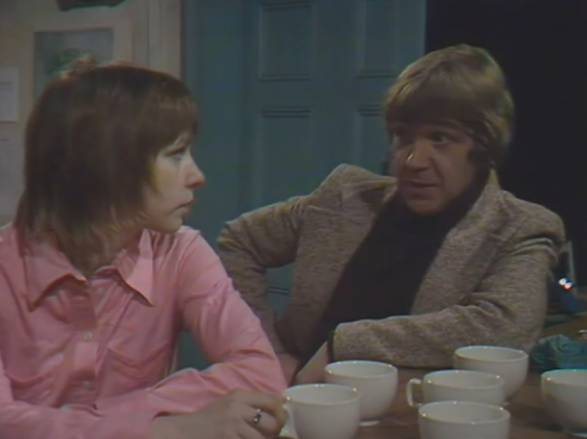 In Ultimatum, the first episode of The Siege of Golden Hill, the new manager at the Golden Hill youth club is thrown in at the deep end when a group of tearaways, the Anvil gang, cause a major disturbance.

A strong opening, the Anvil gang are very aggressive, but there is one of the gang, Billy, who realises that what the gang is doing is wrong. His granddad Tom is also having trouble, he has lived in the same house for forty years but property developers want him out.

The Anvil gang are actually working for the none too likable Mr Allen who is determined to get old Tom out at any cost. He is the last occupant in the whole street and Allen needs vacant possession to get planning permission.

Meanwhile Sarah, one of the members of the club, has her own problems. Her father, a local councillor, wants her to stay away from the place while the gang are causing trouble.

The central premise of the series is very much on display, the urban decay and the lack of opportunity for the young.

Series: The Siege of Golden Hill Episode 1 (of 12)