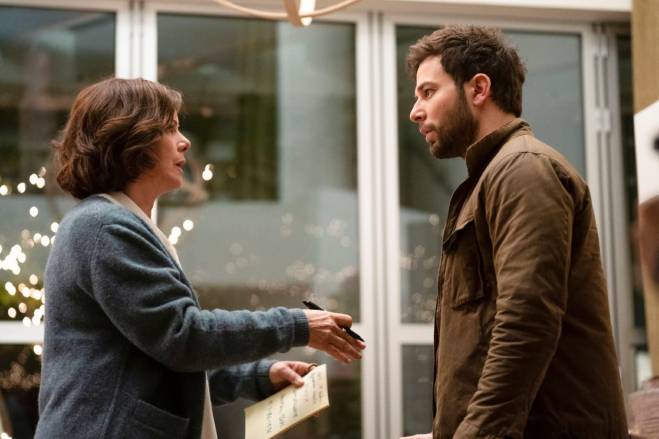 Todd, the misfit of the wealthy Wright family, is a laid-back, astute, and excellent former private eye who ran into financial difficulties after having his licence suspended for having a flexible view of the law. Margaret’s dedication to excellence and strict adherence to the law are completely at odds with Todd’s improvisational, by-the-seat-of-his-pants approach to navigating tricky situations.

When Todd unintentionally teams up with his mother on a case, she is shocked to discover herself duly impressed by – and proud of – his crafty ability to snoop out information with his charm and his broad tech knowledge. Margaret asks her son to join her company when she finally sees a way to set him on a “suitable” path to leading an adult, financially secure life she approves of. Todd concurs because it will allow him to regain his driving privileges and resume doing the work he excels at and enjoys.

Working together is a critical first step in repairing mother and son’s brittle, dysfunctional relationship, and they might even leave with a deeper understanding of one another at this critical juncture in their lives. But whether Todd and Margaret can accept one another for who they are is a completely different matter. Series also stars Madeline Wise, Tristen J. Winger, Inga Schlingmann and Rosa Arredondo

So Help Me Todd follows Todd, a talented but directionless P.I. who is the black sheep of his family. Despite their opposing personalities, he agrees to work as the in-house investigator for his overbearing mother, Margaret, a successful attorney reeling from the recent dissolution of her marriage.