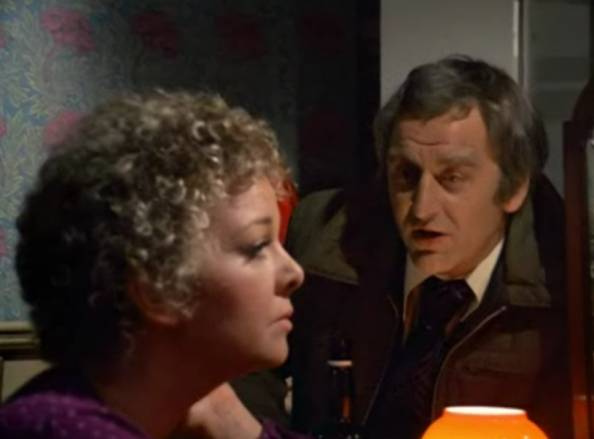 In Night Out an old colleague of Jack’s wants him to help out with a case. The cop, Grant, has proof that a gang of armed robbers are using the cellar of a pub to break into a bank next door. Grant believes that a woman who lives at the pub, Iris Long, is involved in the break in. She also just happens to be an old flame of Jack’s. Grant wants Regan to spend time with her until he catches the man who has organised the robbery and is controlling it via a mobile radio.

There is a brilliantly funny scene when Grant’s man Jellineck rings Regan at the pub only for it to be answered by an old man who then starts shouting about “coppers all over the place” and sparks a near riot in the process.

Carter is also given a major beating by three members of Grant’s team who don’t realise he is a cop at first. Some interesting names popping up in the guest cast, Peter Childs is one of the robbers as is Derrick O’Connor. Meanwhile there is a small role for Christopher Beeny (who at the time was still appearing in Upstairs Downstairs). 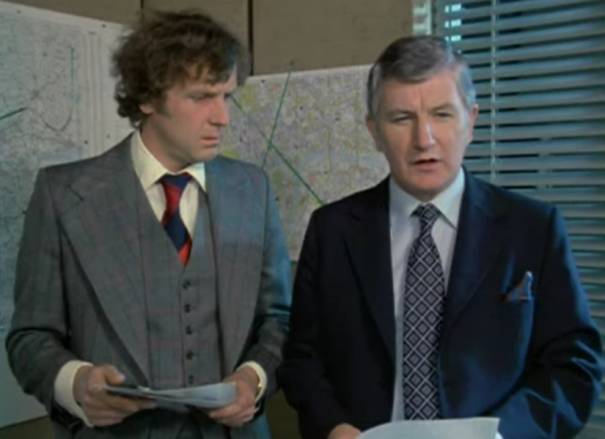 T.P. McKenna as Grant and David Hargreaves as Jellineck.