Science fiction has always been a major part of the TV viewing experience right from the 1950’s when Nigel Kneale with Quatermass and then Rod Serling with The Twilight Zone were testing the boundaries through to the current obsession with all things Doctor Who – which of course began way back in 1963.

Here we salute our ten favourite creative guiding lights of the genre.

Nigel Kneale – for Quatermass, the TV adaptation of Orwells 1984, Beasts and any number of thought provoking one-off plays.

Rod Serling – for The Twilight Zone and Night Gallery.

J.J. Abrams – for Alias, Lost and being the current king of all things Scifi, not least for helming the return of Star Wars.

Gene Roddenberry – For Star Trek and all it’s off-shoots.

Terry Nation meets the Daleks and although he didn’t design the look of them he did create them.

Terry Nation – For Survivors, Blake’s 7 and inventing the Daleks.

Sydney Newman – for Doctor Who and honorary mention to Russell T. Davies for bringing it back.

Chris Carter – for The X-Files

Glen A. Larson – for Knight Rider, Battlestar Galactica and the genius of Buck Rogers in the 25th Century

Joss Whedon – for Firefly and honorary mention for the non scifi but genre busting Buffy The Vampire Slayer.

From Missouri To Pozzuoli: A couple that fell in love with Italy after a short trip to Rome follows his...

French Riviera Fantasy: A couple that's always wanted to live abroad is following their dream and moving to the picturesque...

A Burger Is Born: This is the story of how an impatient cook created one of America's most iconic foods,...

Rookie of the Beer: A family risks it all for an ambitious plan to open a brewery, however, careful preparations... 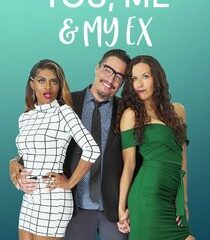 My Ex and My Next: Jerry moves his new young girlfriend, Kayee, into a house he shares with his ex-wife... 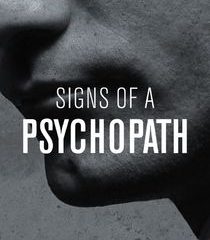 Signs of a Psychopath: Only if There's Something in it for Me (S2EP6 Investigation Discovery Sun 20 Jun 2021)

Only if There's Something in it for Me: While being questioned in the abduction of an Anchorage barista, a young...