Crime, fantasy, action adventure series The Avengers is probably the quintessential show that sums up the 1960’s. Very stylish and very with it, the Avengers featured agent John Steed and a succession of beautiful women crossing swords with all manner of evil doers.

The show had its roots in an Ian Hendry production called Police Surgeon, when this show folded after just one season ABC created The Avengers for Hendry and he was actually the lead in season one as Dr David Keel. It was pretty obvious from the outset however that Steed was by far the strongest character and Keel was quickly phased out – in came leather clad judo expert Cathy Gale and the show really hit its stride. The early shows were all filmed on video tape and unfortunately many of them have been lost for good.

When Diana Rigg as Emma Peel arrived to take over from Cathy Gale the show moved onto glossy film, later at the start of the next season it also went into colour, a brave move aiming the show at the US market as British TV had yet to introduce colour.

The Peel-Steed years are really the crowning glory of The Avengers, a sucession of classic episodes in which the villains and the plots became ever more outlandish with the pair dealing with such delights as a cat lovers organisation (PURR) trying to take over the country and a tangling with a group of killer nannies (Something Nasty in the Nursery). The series painted a somewhat strange version of England, there were no policemen in the Avengers world and not many poor people either.

When Diana Rigg left the show it never really recovered; Linda Thorson was brought in as Tara King along with a wheelchair bound male agent called Mother whom Steed and Tara had to answer to. The plots however were even more outrageous this season.

The show ended in 1969 but then in the mid seventies The New Avengers was born with Steed being joined by sexy Purdey and action man Gambit, this series had heavy French and Canadian backing leading to some episodes being made in those countries. Although still very watchable The New Avengers was not up to the standard of the original.

A very poorly received big screen version was made in the late 1990’s with Ralph Feinnes as Steed and Uma Thurman as Mrs Peel.

TRIVIA: Steed had a special hangover cure called the “National Anthem”. It was composed of one raw egg, three or four shakes of worcestershire sauce and a dash of salt. Steed’s full name was: John Wickham Gascone Berresford Steed.

The Avengers Season by Season

SEASON 3
26 b/w episodes, 1963/64
The show is so popular that a duet by Macnee and Blackman, titled “Kinky Boots,” eventually becomes a Top 5 hit in the UK.
Honor Blackman decides to leave the series at the end of the season to play Pussy Galore opposite Sean Connery’s James Bond in Goldfinger.

SEASON 4
26 b/w episodes, 1965/66
The series moves to film format.
Elizabeth Shepherd is cast as Emma Peel.
Shepherd is found to not have the required rapport with Steed and is soon replaced with young Shakespearean actress Diana Rigg.

SEASON 5
24 colour episodes, 1967
The first colour season of THE AVENGERS was also the first full season of the show aired in the US, and the first season created specifically for the US market.
Many of these episodes are seen in b&w in the UK, where colour TV broadcasting hasn’t yet been introduced.
The famous “Mrs. Peel, We’re Needed” tags are added to the programme.
Two-line episode summaries are also added to the opening credits.
At the request of the broadcasters, both elements are dropped after the first sixteen episodes. 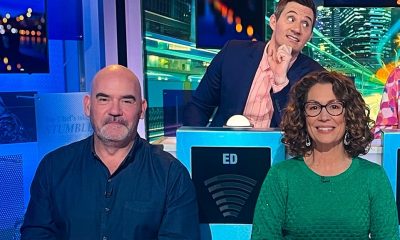 Have You Been Paying Attention?: Glenn Robbins, Kitty Flanagan Guest on Mon 2 Aug on 10

Next Mondays guests on Have You Been Paying Attention? are Glenn Robbins, Marty Sheargold, Anne Edmonds and Kitty Flanagan. The tribe... 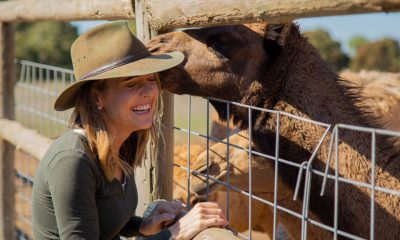 The Grace Kelly story, of the beautiful actress who rose to stardom and became a fifties fashion icon, who then... 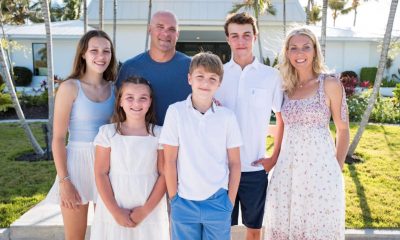 Island of Bryan returns to Foxtel’s Lifestyle Home channel with a brand new season. Season 3 picks up in the... 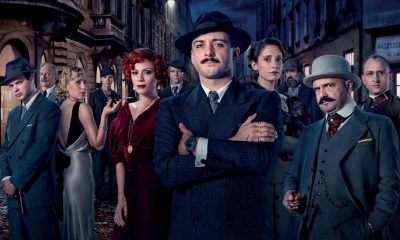 Kings of Warsaw Premieres Thurs 29 Jul on SBS On Demand

Heroes & Villains: The home of an African dictator and a sporting hero, the stage for civil rights revolution, and...

1987: It's farewell all round as The Tube ends and The Smiths split. Goth rock peaks with The Mission and...

The singer is in north Wales, exploring the beautiful Snowdonia mountain range, in a journey that takes in Caernarfon Castle...