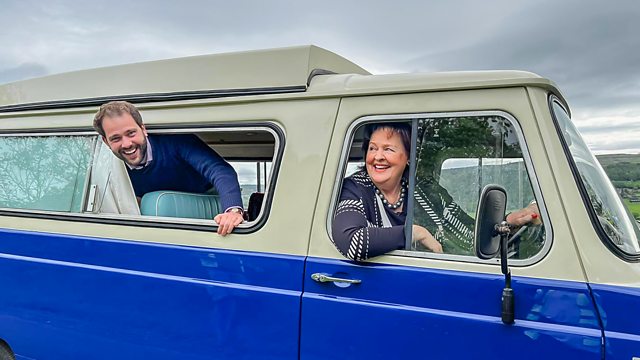 What’s happening on Antiques Road Trip Today Tuesday 27 September on BBC One; Margie Cooper and Tim Medhurst are on their second leg of their Lake District search for deals to put up for auction. Fortunately, there is plenty of space for any unusual purchases because their preferred mode of transportation is a 1970s camper van.

With her eclectic shopping style, Margie purchases items from all over the world, such as a French carriage clock, a Chinese pepperette, and a candlestick from Derbyshire, which is located closer to home. Tim, however, is smitten by the image of a Victorian woman despite the possibility that his Victorian horse toy will have a difficult time selling at auction.

They learn about the mysterious St Bees Man, who, after approximately 650 years, has revealed many secrets about our mediaeval ancestors in addition to seeing a lot of beautiful countryside. The chance to hear about Windermere carp and their significance to the waters in which they swim as well as to hungry locals in the past exists as well.

When Margie’s great deal at the Stroud auction is put up for bid, diamonds are her best friend.