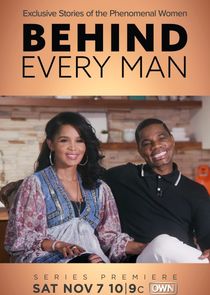 Behind Every Man celebrates the women behind famous men we look up to and admire, focusing on the passions, struggles and sacrifices they have made to support the men they love, whose lives are lived in the spotlight. Featured couples include Tammy and Kirk Franklin; singer-songwriter Ne-Yo and his wife Crystal Smith; Big Sean and his mother Myra Anderson, plus Lamar Odom and his fiancé Sabrina Parr, Usher and his mother Jonnetta Patton and many more.