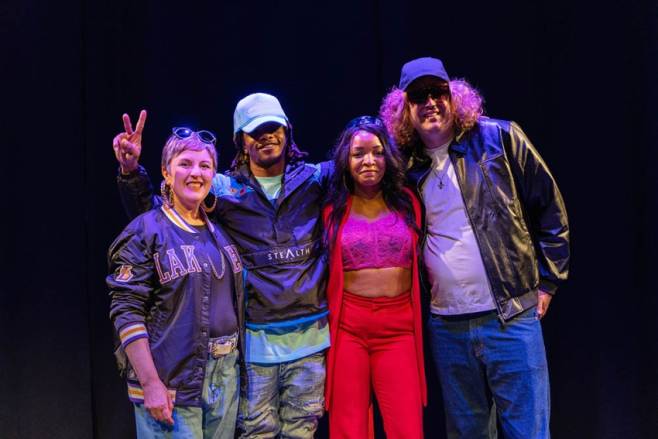 Everyone Can Rap: Everyday people are taught to rap as a form of expression that uses an immersive experience.

Youngs Teflon, a well-known rapper, guides three regular people as they show how rap can be used in a positive and innovative way.

Middle-aged choir mistress Karen struggles with anxiety. Daniel struggles with speech and language as well as autism. Nicole, a single mother, has had a hard time finding her voice. Can they produce and deliver a rap in front of a crowd?

The film by Daniel Dempster challenges stereotypes about the genre as well as black men and boys, giving the voiceless a voice. Daniel, who has previously contributed to programmes like The Rap Game and Chasing The Dream, is passionate about recognising Black talent.

ITV are proud to launch a new strand of films, giving a platform to Black filmmakers, to air in Black History Month 2022.

We are looking for stories from Black first time directors who we will support with training and resources to deliver five single films which will be shown on ITV and ITV Hub as part of this new strand, Fresh Cuts.