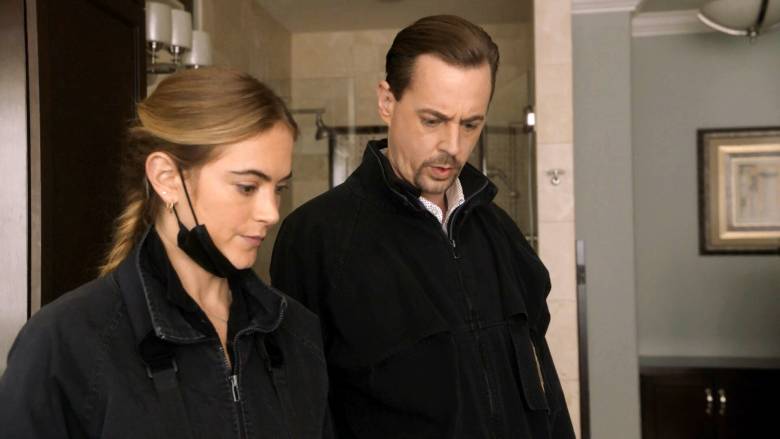 Sangre: Evidence from the stabbing of a Marine Sergeant leads Torres to meet his father, Miguel (Steven Bauer), who left when he was a child. Pam Dawber returns as investigative reporter Marcie Warren.