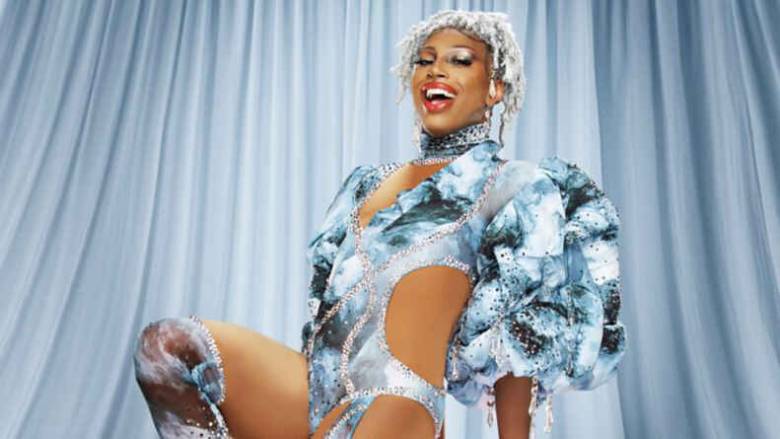 Pronouns out of drag: They / He

Pronouns in drag: She / Her

Tell us about yourself?

So you’ve made it on Drag Race UK Series 4! How do you feel?

I’m so excited to be here and to show everyone what Baby is all about!

Where were you when you got the call?

I was chilling at home when I got the call and I had a feeling in my spirit, I felt it was going to be good. They were like, ‘We want you!’ and I was like ‘I’d want me too! Sick!’ It was an amazing moment.

Describe your drag in three words?

My drag is pretty, punk and Black. I love to represent my culture and I love playing with in the area where black culture and alternative culture meet.

Where does your name come from?

The name Baby comes from being the youngest sibling out of five and I was always referred to as ‘the baby’. So, when I needed to come up with a drag name in a lip sync competition at university,  I thought of “Baby” and now years later, I’m still known as Baby!

How long have you been doing drag?

I’ve been doing drag for about four years now. I started out performing around clubs around London and Brighton. I was at university in Brighton which is a small city and very queer. So, I learnt how to block my eyebrows throw on a lash, walk in a heel, I bought my first lace front wig and now, here  I am. A glamorous queen!

What are your Drag Race strengths?

I pay incredible attention to detail with my looks and performances and I really see myself kind of shaking up the way things are done.

I studied Musical theatre so I can sing, dance and act – I’m a bit of a triple threat! I’ve been a stage school kid since I was ten and so now being able to showcase all of these skills on the biggest platform is awesome.

So in London, the drag scene has so many different parts of it which I really love. You have the theatre and Cabaret scene, the brunch circuit which is where I reside and then you have the club queens so I’m mainly darting around between brunches and clubs with almost no sleep all weekend. I love it!

Have you ever had any drag mishaps?

There have been so many! A wig has flown off, a tuck has popped out, a lash gotten lost… but those were in my formative years. Thankfully, that hasn’t happened to me in a while!

Why do you deserve to be the UK’s Next Drag Superstar?

I just have that spark! I have that flavour about me. I’m the girl who loves pop culture but also loves artsy stuff and I mash it together in a way that is so uniquely me  I’m one of a kind – you’ll definitely not find another Baby!