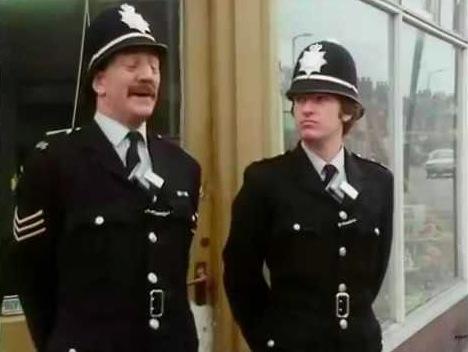 Sitcom The Growing Pains Of P.C. Penrose followed probationary cop PC Michael Penrose as he started his career in the Yorkshire town of Slagcaster.

His immediate superior was Sergeant Flagg (Bryan Pringle) who had the job of turning the naive young Rosie into a competent policeman.

Two years after this series Michael ‘Rosie’ Penrose was transferred back to his hometown for the series Rosie.