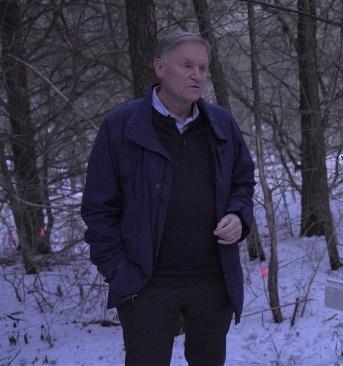 Joseph Elledge, then 23 years old, reported his wife, Mengqi Ji, missing on October 10 of that year.

Elledge reported that he thought his wife might have abandoned him and their 1-year-old daughter for another man with whom he claimed she had an online relationship to Columbia, Missouri, police.

However, when the police searched the apartment, they discovered a muddy pair of Elledge’s boots.

This information would be crucial months later, when Ji’s remains were discovered buried beneath a juniper tree.

The soles of Elledge’s boots were discovered to be covered in juniper tree needles. According to 48 HOURS correspondent Peter Van Sant, the DNA from those needles was connected to the tree that was directly above Ji’s shallow grave, giving prosecutors the proof they required to support Elledge’s conviction for her slaying.

“I’ve never heard of anything like this before in my entire career at 48 HOURS,” says Van Sant.

48 HOURS: “The Tree That Helped Solve a Murder” is produced by Judy Rybak and Emily Wichick. Ryan N. Smith is the development producer. Shaheen Tokhi is the associate producer. Michael Loftus is the broadcast associate. Michael McHugh is producer/editor. Doreen Schechter, Michelle Harris and Phil Tangel are the editors. Peter Schweitzer is the senior producer. Nancy Kramer is the executive story editor. Judy Tygard is the executive producer.