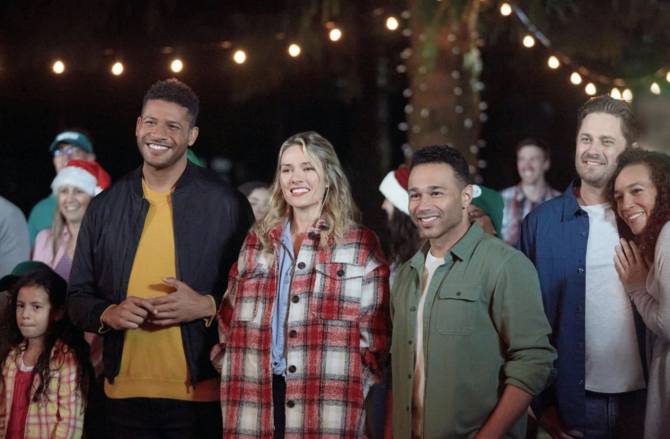 Peyton’s (Anderson) parents decide it’s time for them to retire will be selling the summer camp they run where so many memories have been made. But first, they host one final Christmas in July celebration that was a beloved camp tradition, for all their alumni and their families. Peyton is thrilled to reunite with friends Beckett (Bowyer-Chapman), now a Broadway star; now-married camp sweethearts Janice (Stryker) and Dave (Hamilton) and Chris (Santos).

But she’s much less excited to see Thomas (Bleu), her former boyfriend who broke her heart when he ended their romance after high school. As the friends spend time together during traditional outdoor camp activities, crafts and Christmas pageant rehearsals, they reconnect and reminisce. Peyton, Thomas, Beckett, Janice, Dave and Chris help each other take stock of where they are in their lives and gain insight into what paths they want to take next as they start on their own happilyever-afters.