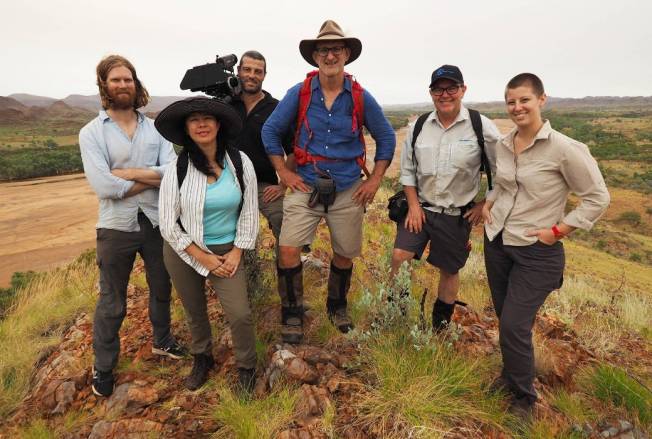 You might believe you know everything about Carbon because she is featured in the news every day. But you’d be mistaken. Since we are composed of carbon, we are not at war with it. Paradoxically, the thing that gives life its foundation is now the biggest threat to our survival.

This surprisingly unorthodox and creatively ambitious documentary pulls back the covers on the most talked about but least understood element on the planet. Actor Sarah Snook (Succession) lends a cheeky, powerful and immortal voice to Carbon, spinning the epic saga of how she was born in the violent heart of a star, sparked the earliest life and rode the journeys of evolution, and how she captures the sun’s energy in photosynthesis, fuels our modern world, and keeps our planet’s atmosphere in delicate balance.

The animations of renowned artist Bruce Alcock (Global Mechanic) trace Carbon’s endless journeys, taking us on joyful and surprising rides through her atomic existence, from the formation of DNA to the metabolic circus taking place inside us every second, to million-year cycles from Earth’s core to the atmosphere. Jonathan Kawchuk’s striking orchestral music underpins the wonder and curiosity we feel as we witness Carbon’s astonishing molecular dance.

Accompanying Carbon’s own voice, our cast of experts transports us from life’s earliest origins to the fossil-fuelled revolutions of modern civilisation, and to the terrible violence of fossil-fuelled warfare. They celebrate the alchemies of modern industry and the age of plastics, and reveal how by harnessing Carbon’s chemical flexibility, we have built our world.

But now, as we liberate vast buried stores of it into our atmosphere to fuel the Anthropocene, we’re discovering Carbon’s dark side: she is the enabler of life, and she is also its destroyer.

How will humanity’s grand affair with Carbon end – in reconciliation or ruin? We meet a new generation of Carbon-capture scientists, forest guardians and renewables entrepreneurs working hard to make peace with her, giving her places to hide.

Spectacular, illuminating and surprisingly eccentric, Carbon is produced by the award-winning teams at Genepool Productions and Handful of Films. This story of life’s core element promises to transform how we think of Carbon, from maligned destroyer towards a powerful enabler. Carbon is not the enemy. Carbon is life!