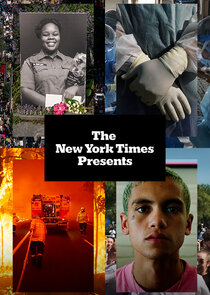 To Live and Die in Alabama: Three police officers died in a shootout at a drug house in Alabama. One man was sentenced to death for the shootings, even though he was never accused of even touching the murder weapon. This is the story of Nathaniel Woods.

The New York Times Presents hails from the same creative team as The Weekly and also will feature breaking news, investigations and character-driven stories and features reporting from journalists at The New York Times.