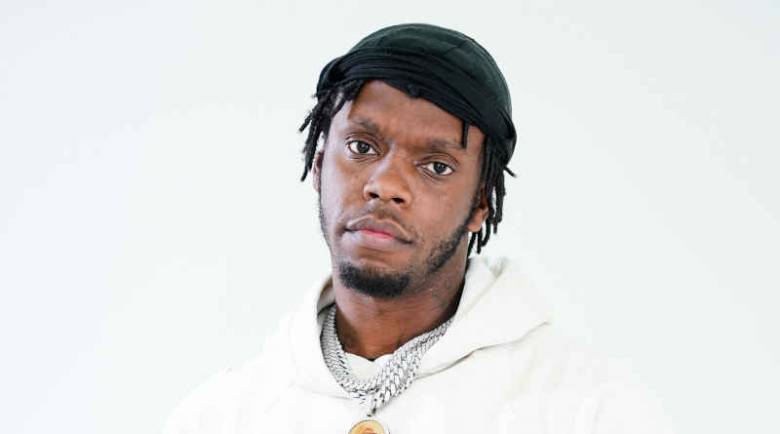 How does it feel to be on the fourth series of The Rap Game UK?

Just positive, and it obviously means we’re doing something right. Every single year we’ve been nominated for something – we’ve had viral moments and people have loved it; we’ve had great feedback across the previous series so it’s clear how great of a show we’re creating. So, yes, it’s really exciting to be back on series four, to bring it back bigger and better than before.

What makes this season stand out in comparison to the last three, and how do you feel you, Konan and Target have grown as mentors?

With this series we had a lot more input which we appreciated, we were able to get involved more with the decisions and choices – even down to the talent and how the challenges are done. I think it made this series as authentic, from our perspective, as possible, and you can see that this season is probably going to be the most competitive season yet, for those reasons as well.

What moment from this season was the most notable for you?

When the artists had to do the ‘letter to yourself,’ I think. Just because we went through the whole show just seeing one side of them, and when they had to write the letter to themselves we found out a lot about each individual artist, things that we didn’t know before that were really personal to them. Everybody had a different story and it reminded us that everyone is going through different things. So, that was definitely the most memorable.

You mentioned you were quite involved in picking the artists this year alongside Konan and DJ Target. What were you looking for in terms of talent, and do you feel like you found it?

Yes, definitely. We really just wanted the competition to be as competitive as possible and it has been – this is the closest in terms of the competition that it’s ever been. In the previous series, there’s always been someone that stands out, but this time around we literally don’t know who’s going to win – it could go any way and that’s a credit to the standard of the artists this year.

What was your favourite challenge this year?

The clash is always top entertainment, especially this time round it was just too funny, as you’ll see. There’s just so much back and forth, and they’re going after each other and really upping the ante, and as we’ve said before – the talent levels are exceptional this year so that made it a lot more competitive.

What are you looking for in a winner this year?

Star factor, great lyricism, stage presence and just someone that’s willing to go out and make it themselves – they’re not going to sit around and wait for someone to pull strings for them and make stuff happen, they’re going to get up and go and get it. That’s the kind of artist that you want to win because they’re only destined for greatness. I’m looking for an artist that is and will stay hungry – if you want to be a winner of course be talented, but you’ve got to be hungry, too.