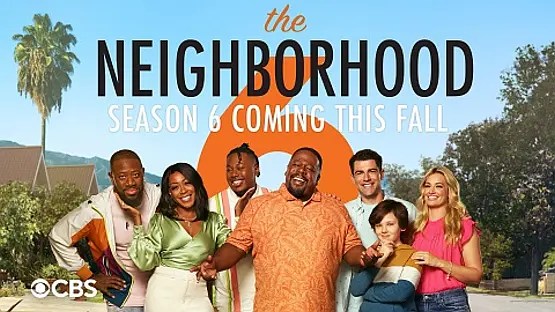 CBS have given sitcom The Neighborhood a season six renewal that will take it through the 2023-2024 season.

“THE NEIGHBORHOOD has become a hit by not only delivering laughs but by telling stories of cultural impact,” said Amy Reisenbach, president of CBS Entertainment. “From gentrification to Black Lives Matter, to addiction and pregnancy loss, the incredible writers and this amazing cast push boundaries and endlessly entertain us. As they film their 100th episode this week, directed by Cedric the Entertainer, we are thrilled to announce that we are welcoming this outstanding series back for a sixth season.”

THE NEIGHBORHOOD airs Mondays (8:00-8:30 PM, ET/PT) on the CBS Television Network and is available to stream live and on-demand on Paramount+*.