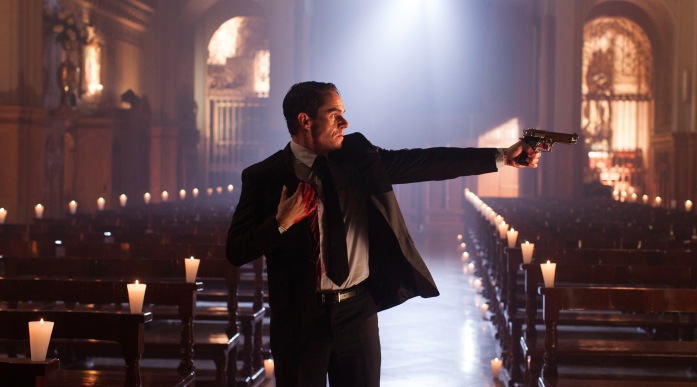 Walter Presents – which showcases the best foreign language drama series from around the world – continues with this dark crime drama from Mexico. Mr Avila tells the story of a middle-class family man who is a life insurance salesman, husband and father, but leads a double life as a hitman for hire in a criminal organisation.

At first glance, Avila’s life is no different from that of any other citizen in a big city. But creating this illusion of normality has not been easy, and preserving it is about to become even harder. Avila is married to Maria and they have a teenage son, Emiliano. Avila even has a mistress, Maggie, who works with him at the insurance office. Yet this disguise as a commonplace individual conceals a ruthlessly efficient executioner: a professional hitman. To keep up appearances, Avila prepares a surprise party for Maria, who is gradually being devoured by anxiety and marital tedium. The festivities turn out to be brief, as she is overwhelmed by the surprise and passes out cold.

Meanwhile, teenager Ismael visits an undertaker to ask the mysterious Mr Moreira to arrange the funeral of someone who isn’t dead yet. Hitman Ibarra is getting ready to execute a contract, but the years are about to present him with a long overdue bill, one that will put his friendship with Avila to the test.

After the premiere of episode one on Channel 4, the full series will be immediately available, free to view or download, on All 4.